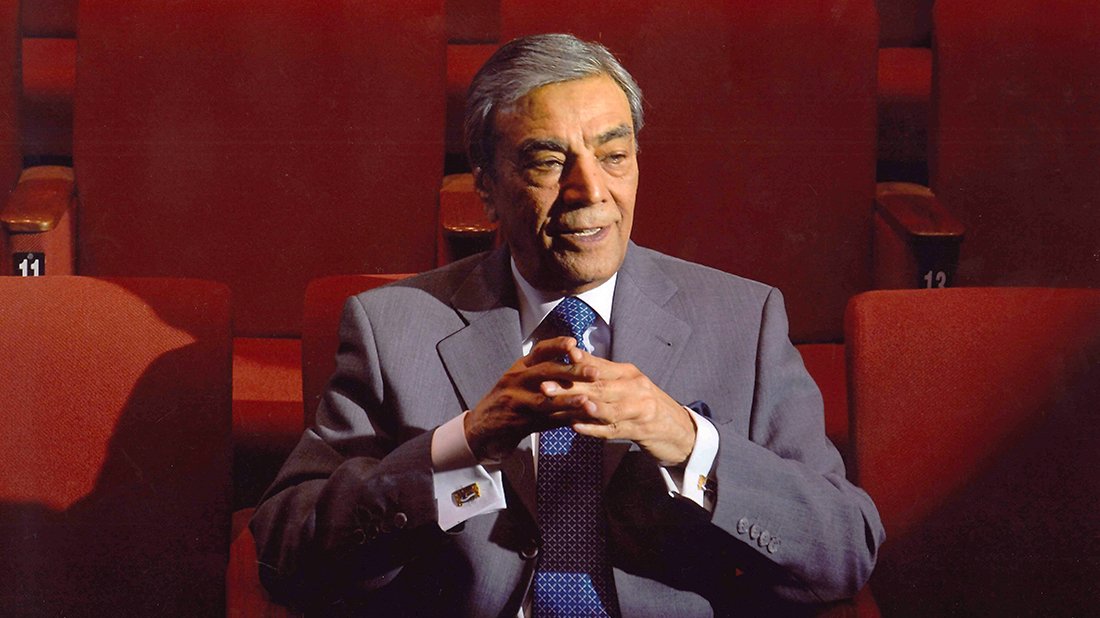 KARACHI: The eminent founder-President and CEO of the National Academy of Performing Arts (NAPA), Zia Mohyeddin has been elevated, with his consent, as President Emeritus of NAPA with effect from 1st September 2021. He will continue to impart teaching and guidance to students and faculty and will receive his existing remuneration and facilities.

In its meeting held on 28th August 2021, the volunteer-based Board of Directors of NAPA under the Chairmanship of Syed Jawaid Iqbal unanimously recorded its deep appreciation for the invaluable services rendered by Mr. Zia Mohyeddin from the very inception of NAPA in 2005 and continuing for the next 15 years.

The Board also recorded its recognition of the exceptionally high standard of education, training and production of plays by NAPA since its formation. The Institution has also trained a large number of talented young women and men in diverse aspects of the performing arts who are presently contributing actively to radio, TV, theatre, music, dance and other aspects of the country’s cultural content and progress.

To address challenges emerging from rapidly-changing conditions, the Board also decided to initiate a process of organizational restructuring to increase clarity of responsibilities on departmental and individual levels.

To serve in the transitionary phase till the appointment of a full-time, professionally engaged new Chief Executive of NAPA which is expected to take place after the post is advertised shortly and the screening of candidates completed in coming weeks, the Board invited one of its Members, Senator (r) Javed Jabbar to serve as Honorary Acting President of NAPA with effect from 1st September 2021 till the appointment of the new full-time CE.

While accepting the invitation both as an honour and a challenge Senator (r) Javed Jabbar stressed that he will not accept any financial compensation or material benefits from NAPA during his tenure and will serve entirely on a voluntary basis to the best of his ability.

Senator (r) Javed Jabbar has an extensive association with diverse aspects of the arts and media as a writer, filmmaker, broadcaster, former Federal Minister and former Chairman of the Central Institute of Arts and Crafts.

The entire faculty and staff of NAPA was briefed about the transitionary phase by Syed Jawaid Iqbal, Chairman of NAPA in a meeting held on 31st August 2021. He was accompanied by Mr. Zia Mohyeddin and by other Board Members : Mr. Tariq Kirmani, Mr. Satish Anand, Mr. Shahrukh Hassan, Ms. Fauzia Naqvi. Other Board Members include Mr. Anwar Rammal, Ms. Roshan Barucha, Ms. Salima Hashmi, Ms. Mahtab Rashdi and nominees of the Federal Government and the Sindh Government.

In this article:Karachi, NAPA, President of NAPA, Zia Mohyeddin

Written By Muttahir A. Khan