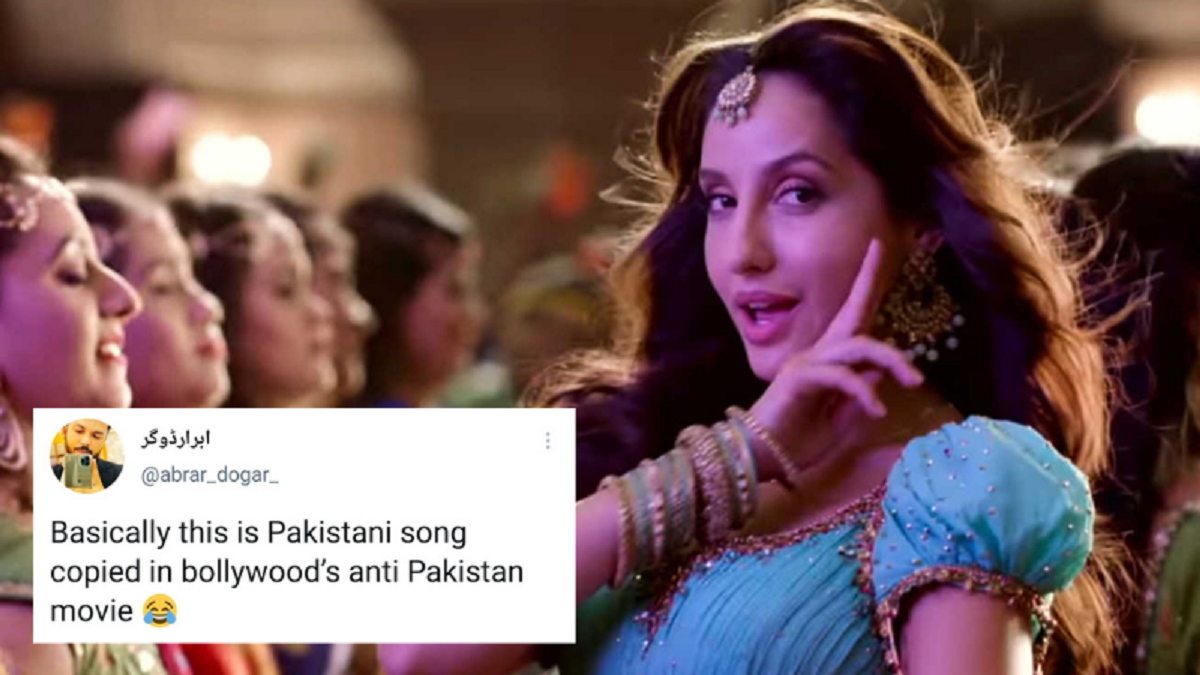 In a truly bizarre turn of events, celebrated Pakistani singer Noor Jehan’s song ‘Zaalima Coca Cola’ has been recreated for an upcoming Bollywood movie that many consider “anti-Pakistan” because of the plot and rhetoric.

The movie, Bhuj: The Pride of India, is loosely based on events that occurred during the 1971 war between India and Pakistan. The trailer depicts a celebrated Indian Airforce pilot’s pursuits after Pakistan’s Air Force bombs an airbase during the war. The movie stars Ajay Devgn, Sanjay Dutt, and Sonakshi Sinha, and is set to release on Disney+ Hotstar in August.

The rhetoric and plot are shown in the trailer demonize Pakistan. While this alone had Twitter users riled up when the trailer was released, a song from the movie called ‘Zaalima Coca Cola’ featuring actor Nora Fatehi left users even more enraged.

In case the song hasn’t rung any bells for you yet, it is a recreated version of Noor Jehan’s classic ‘Zaalima Coca Cola’ which was popularised again by a Coca-Cola commercial sung by Meesha Shafi. The Bollywood version has given original song credits to Noor Jehan’s song in the video’s YouTube description and according to the licensing information under the video, it is licensed to T-Series as well as EMI Pakistan.

Twitter users weren’t impressed, regardless of whether credit has been given or not. “Basically this is [a] Pakistani song copied in Bollywood’s anti-Pakistan movie,” said one

Another user commented how the song has been “conveniently taken from the Pakistani music industry from the 80s in a full-on Pakistan bashing movie”.

One user showed some lyrical genius when asking Bollywood not to steal songs from Pakistan.

Another offered help writing dialogue for the “anti-Pakistan” movie since we’ve already supplied the song inspiration.

Not everyone was as amused though. Some users were clearly angry at the move.

“They literally butchered one of my favorite Pakistani songs,” tweeted one user.

Some said Bollywood should have asked for some “fantastic tea” instead of the fizzy drink, just like Indian Wing Commander Abhinandan Varthaman did in 2019 when he was captured by Pakistan.

One user reminded us this isn’t the first time Bollywood has “stolen Pakistani songs”.

In 2019 singer Farhan Saeed slammed Bollywood composer Salim Merchant for ripping off his song ‘Roiyaan’. The song ‘Hawa Hawa’ from the 2017 movie Mubarakan was a recreation of Hassan Jahangir’s 1987 hit of the same name.

Whether the filmmakers had permission to recreate the song or not seems to be a moot point on the internet. People are more riled up by the fact that a Pakistani song is being used in a movie that is decidedly anti-Pakistan. We have to admit, it’s a very strange song choice for this movie.