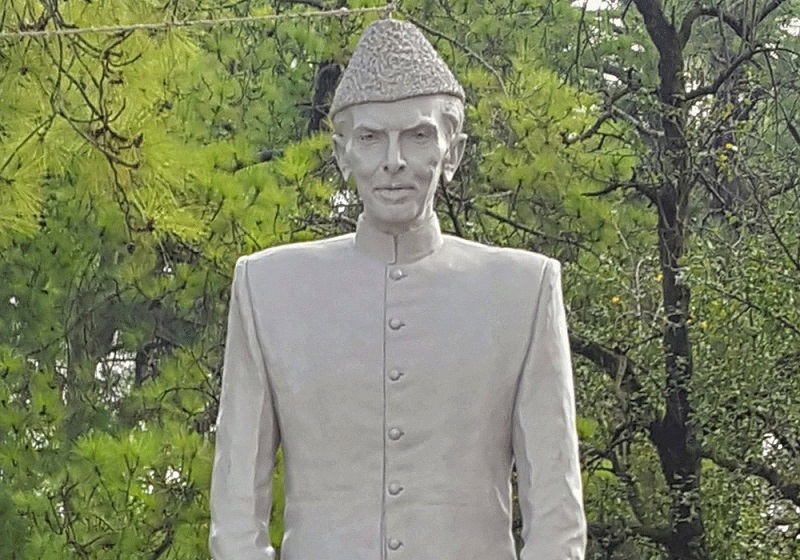 ISLAMABAD: A new statue of founder of Pakistan Muhammad Ali Jinnah, believe to be the tallest, has been placed in Pakistan Military Academy (PMA) Kakul, Abbotabad.

A huge figure of Quaid-e-Azam Muhammad Ali Jinnah stands tall at 17 feet and 4 feet wide. Pakistan’s renowned sculptor, Fakeero Solanki, made this charismatic statue. In the past, Solanki has prepared two different statues of Father of the Nation, Muhammad Ali Jinnah.

The pictures of the said sculpture went viral on social media over the weekend, which garnered praises from Pakistanis.

The other statue was inaugurated by PM Imran Khan at Quaid e Azam Residency Ziarat in June. The artist has often taken to social media and shared his work. Apart from the two aforementioned statues, he had also worked on another figure of the Quaid for Ziarat which stood tall at 20 ft. Solanki has expressed his gratitude for the opportunity.

Faqeera Fakeero Meghwar, a sculptor from Tando Allahyar in Sindh, is also known as the “Michelangelo of Sindh.” He has also sculpted the statues of Abraham Lincoln, Martin King Luther and the likes.