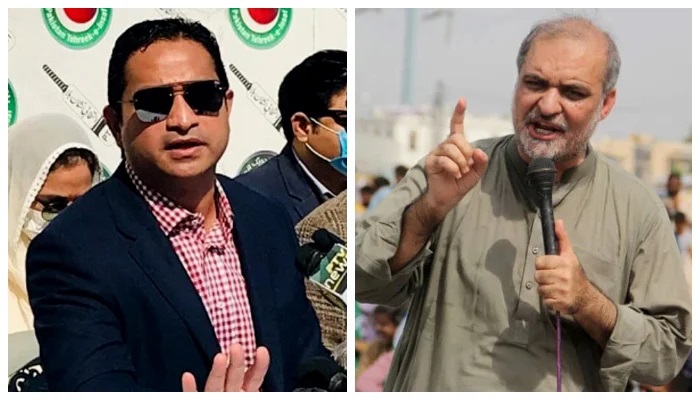 Khurram Sher Zaman, leader of the Pakistan Tehreek-e-Insaf (PTI) in Sindh’s provincial legislature, said on Monday that the PPP administration has brought the state to the brink of calamity.

Zaman said that billions of rupees were used to buy the “consciences” of members in the Sindh House in an effort to bring down PTI Chairman Imran Khan’s government.

From what he’s heard, the entire province is underwater. When asked how many tents and other relief facilities have been sent to the people, he accused the chief minister of lying and said he would not disclose the truth.

According to a statement, Zaman has asked the province administration to explain how it plans to spend hundreds of millions of rupees. He said Khan was there for the people of the province during the Covid-19 pandemic, but PPP Chairman Bilawal Bhutto Zardari and his father were missing.

PTI leader Firdous Shamim Naqvi has made separate claims that the PPP is doing little to help those who have been impacted by the recent monsoon rain. He claimed that after 14 years in power in Sindh, the PPP has done little to improve people’s lives.

The Karachi branch of the Jamaat-e-Islami has issued a warning to the authorities against postponing the local government polls in Karachi and Hyderabad.

The party released a statement on Monday criticizing the government of Sindh for attempting to delay the August 28 elections even more.

Elections for the Karachi and Hyderabad districts’ local governments were originally scheduled for July 24, but the Election Commission of Pakistan postponed them until August 28 due to the non-traditional security threat of rain. The election commissioner in Sindh has recently suggested that voting might be postponed even longer. To further discuss the matter, the commission will be holding a meeting.

The JI, however, has made it clear that it will not stand for such behavior. While this was going on, Raja Arif Sultan, chairman of the JI’s election cell and a prominent party figure, wrote to the Election Commission of Pakistan to point out that the 2001-2002 municipal elections were held on schedule in Karachi despite being postponed for a week in Thatta.

Local body elections in Balochistan have also been postponed in some areas while proceeding normally elsewhere in the province. It was stated in the letter that some political parties were trying to get the local government elections in Sindh postponed on the grounds of bad weather despite having already tried and failed to get an order in their favour from the Election Commission of Pakistan (ECP), the Sindh High Court, and the Supreme Court.

In this article:ECP, Local Government Elections, Pakistan, The Truth International