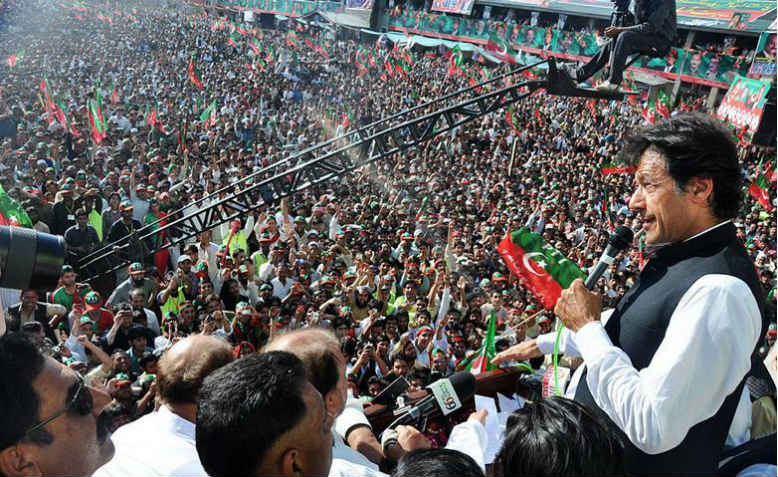 KARACHI: Stressing the importance of Karachi Circular Railway (KCR), Prime Minister Imran Khan hoped that Sindh will stay committed to the project and will cooperate with the federal government.

Addressing the groundbreaking ceremony of the KCR today, the PM said that every country across the world has one city that leads its prosperity and growth and for Pakistan, it is Karachi.

“Karachi, which holds immense significance, has faced a decline due to several problems, affecting the whole country,” said Khan.

The PM said that the transport system plays a huge role in the development of a country, adding that KCR is a big step towards achieving it. “The second biggest problem in Karachi is the shortage of water. K-4 project will help resolve this issue,” he added.

Khan’s statement comes as his party, the Pakistan Tehreek-e-Insaf (PTI), remains at loggerheads with the Sindh government, ruled by the Pakistan Peoples Party (PPP), over several issues.

However, Khan said the federal government and Sindh government will have to work together, keeping aside their political differences for the development of Karachi.

Khan also called on Sindh Chief Minister Murad Ali Shah to reconsider the Bundal Island Project, adding that Sindh will benefit from it.

“It will bring profit, jobs and alleviate pressure from Karachi,” the PM added.

In line with the vision of the federal government, the circular railway is not only being rehabilitated but is also being expanded and modernised.

The 30 stations of the KCR will link residential, industrial and office areas. The project is estimated to be completed in three years at a cost of Rs207 billion. The track of KCR will be built without crossings on which trains would run at the speed of 80 kilometres per hour. It would ferry nearly half a million passengers daily.

Karachi, dubbed as the city of lights owing to its economic activity, has been generally deprived of civic amenities such as clean drinking water, roads, transport, municipal governance, sanitation, infrastructure, vocational training and all other facilities that are considered basic and conducive for business.

In the limelight has been Karachi’s public transport sector that has been on the verge of collapse. Amid a massive population and urban migration, the city’s transport system has become unsustainable.

While referring to the Karachi Transformation Plan announced last year, the PM said that the federal and provincial government had decided to uplift the city.

“This plan is not just important for Karachi, but also for Pakistan. Karachi is a city which can rake in investment from across the world but for that, basic infrastructure is required.”