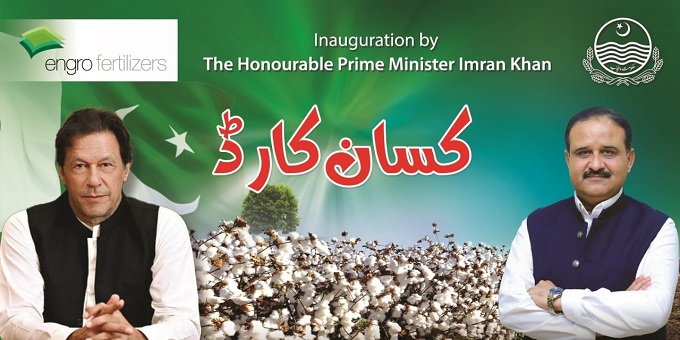 Prime Minister Imran Khan on Friday launched the Kisan Portal — a special category for farmers in the Pakistan Citizen Portal — saying it would give a voice to small farmers who were “voiceless” in front of powerful people.

Addressing the launch ceremony in Islamabad, he noted that 90 per cent of farmers had small landholdings but their problems never reached those in power. “He works hard and has no voice in front of the powerful. If a corrupt policeman comes in the area, the farmer suffers the most.”

Talking about the situation of farmers in the country, the premier said that all research pointed to how small farmers paid the highest prices when buying something from the market but sold their crop for the lowest price compared to bigger farmers.

“The farmer used to work hard and take his sugarcane to sugar mills. He would be defeated from both sides — first they (sugar mills) made farmers wait in long lines. When I travelled in winter, trucks used to be queued outside sugar mills and they would get low prices,” he recalled.

The premier said he wanted to continuously help farmers and had decided to get them the full price for their crop when he came into power. As a result of the government’s efforts, productivity had increased after farmers got the money they deserved, he noted, adding that the government needed to help farmers a lot more.

The premier rued that Pakistan had reduced its research spending in the past, pointing out that countries that had invested in research saw increased agricultural productivity.

“As long as you don’t do research, participate in seed development, how will your productivity increase?” he questioned.

“I am most unhappy that we have so many cows but we have to import dry milk. And we have never tried […] it is very easy to increase the yield of our cows. Milk production of cows in Europe is six times more than ours.”

Prime Minister Imran also lamented that the country did not work on building reservoirs and dams in the past, which could have helped farmers get more water, adding that there was a lot of uncultivated land in Pakistan which could be utilised.

“We have a lot of land [lying free]. But because we didn’t have water and never thought of it […] big dams are being built after 50 years. We are building dams and you will see we will give more [water] to farmers. It can also stop the destruction from floods.”

“If we want to subsidise urea or pesticides or to help if some disaster comes — money will come directly through the card.”

Farmers also needed insurance, he pointed out, saying that banks would be more willing to give loans if the farmers’ crops were insured.

The Sehat Insaf Card, through which every family would be able to get treatment of up to Rs1 million at any hospital, would also help farmers, the premier said.

“Our effort is to increase our productivity and [cultivated] areas,” the prime minister said. “Our import bill increased 53 per cent in one year. The pressure on the rupee increased because we imported 4m tonnes of wheat, we imported sugar and pulses and the [price of imported] palm oil nearly doubled.”

The government was focusing on growing these products in Pakistan to counter inflation through import, he said.

“The cultivation of olives is also a revolution in Pakistan. Especially in Khyber Pakhtunkhwa, so many olive trees have been planted that Pakistan will export them in the future. God has given this country everything. We just have to use our minds, do research, get new techniques for farmers,” he said, adding that the government was working on a programme for training farmers.

Prime Minister Imran Khan said that the agriculture sector was also made a part of the China-Pakistan Economic Corridor (CPEC) and Pakistan was taking help from China to increase agricultural productivity.

“We have been continuing the same practices in Pakistan that existed in Mohenjo-Daro,” he regretted.

“The most expensive and nutritious vegetable, Avocado, is being sold for Rs600-700 per piece here. Its tree starts giving fruit in 4-5 years. We have a lot of land for [planting avocado trees]. We have to [grow] new things as our population increases.”

Elaborating on how the Kisan Portal will work, the prime minister said that calls from farmers will go directly to the chief secretary’s office.

According to the Prime Minister’s Office (PMO), 123 dashboards have been set up in the relevant institutions at the federal and provincial level.

“We will ensure through this portal that small farmers are not oppressed in any form,” the prime minister stressed.

He urged farmers to “think that this government is yours. We will get you full price and will help you in every way.”

“When we help our farmers, we will help Pakistan,” he added.