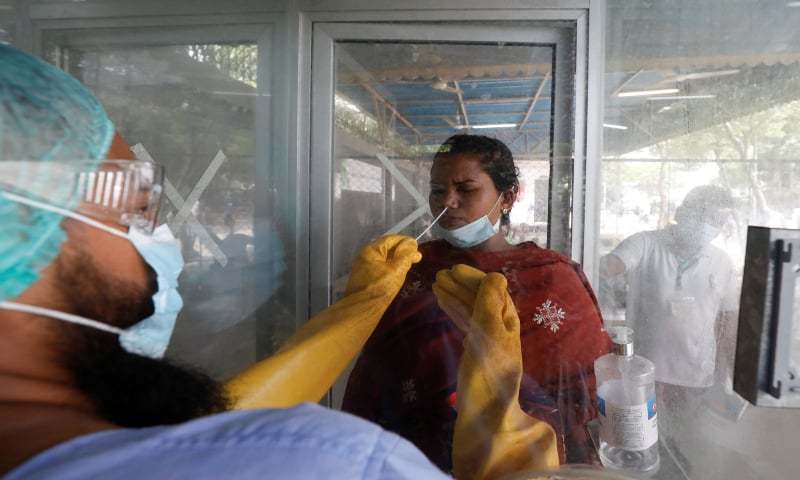 Another 41 people, meanwhile, lost their lives to the infection in the last 24 hours, pushing the national death tally to 27,638. This makes it the fourth consecutive day the country has reported less than 50 deaths in a single day.

The positivity ratio stands at 3.17% across the country. Two days ago, Pakistan’s positivity rate went below 4% for the first time in almost four months.

COVID-19 infections are decreasing in Pakistan, with 2,059 new infections reported on average each day. That’s 35% of the peak — the highest daily average reported on June 17.

Pakistan has administered at least 76,141,484 doses of COVID vaccines so far. Assuming every person needs 2 doses, that’s enough to have vaccinated about 17.6% of the country’s population.

During the last week reported, Pakistan averaged about 767,771 doses administered each day. At that rate, it will take a further 57 days to administer enough doses for another 10% of the population.