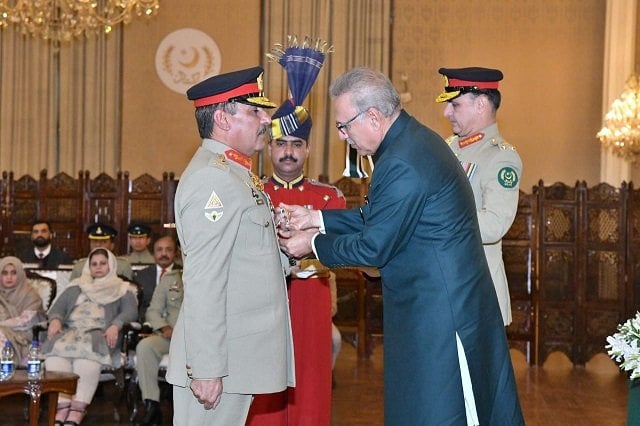 As the CJCSC, it was General Nadeem Raza’s last meeting with the president after the government named Lt-Gen. Sahir Shamshad Mirza as the next Chairman of the Joint Chiefs of Staff Committee.

Earlier, Defence Minister Khawaja Asif said that the appointment of the army chief and chairman joint chief chairman of the joint chiefs of staff committee is a “test” for PTI Chairman Imran Khan.

“The advice has gone to President Alvi. Now it’s Imran Khan’s test whether he wants to strengthen the institution of the country’s defence or make it controversial,” Asif said in a tweet.