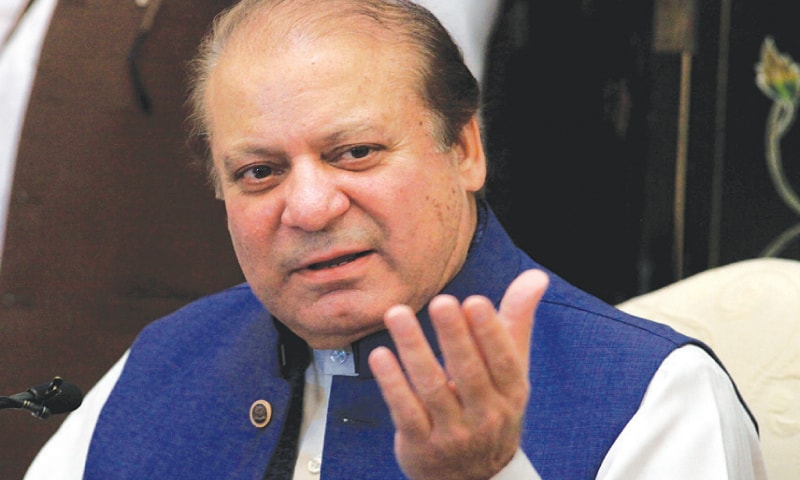 Islamabad: PML-N supremo Nawaz Sharif got the first benefit from the recent amendment in the accountability law when a court on Wednesday returned a Toshakhana reference to the anti-graft watchdog that had implicated him as well as PPP leader Asif Zardari and former premier Syed Yousaf Raza Gilani as accused.

The reference, relating to vehicles obtained by the two leaders from the state treasury with the help of Mr Gilani by paying small sums of money as is required by law, was returned by the accountability court to the NAB chairman citing lack of jurisdiction because of the National Accountability (2nd amendment) Act, 2022, that set Rs500 million threshold to make it triable as a NAB case.

Judge Mohammad Bashir returned another reference against Mr Zardari involving a Rs8.3 billion suspicious transaction between the account of Bahria Town and the account of an aide to the ex-president.

In the Toshakhana reference, the court had declared former prime minister Nawaz Sharif a proclaimed offender in September 2020.

According to the reference, Mr Sharif and Mr Zardari obtained vehicles from Toshakhana by paying only 15 per cent of the price of the luxury vehicles.

NAB alleged that ex-PM Gilani had facilitated the allotment of vehicles to Mr Zardari and Mr Sharif by “dishonestly and illegally” relaxing the procedure for acceptance and disposal of state gifts vide a Cabinet Division memorandum issued in 2007.

Farooq H. Naek, counsel for Mr Zardari and Mr Gilani, argued before the court that the investigation report worked out that the national exchequer had suffered a loss of Rs118.52m whereas amendments to Section 9 and Section 10 of the National Accountability Ordinance (NAO), 1999, made earlier this year, had set Rs500m minimum value for a case to be investigated by NAB.

Moreover, he said, Sections 3-4 of the Anti-Money Laundering Act (AMLA), 2010, are not applicable to the case against Mr Zardari and Mr Gilani as there is no predicate offence that has been alleged against them, he said.

NAB prosecutor Sohail Arif, on the other hand, argued that the value of predicate offence as per the charge framed by the court is Rs118.52m, which is less than Rs500m as required under Section 5(o) of the NAO for having jurisdiction in the matter.

The court ruled: “In view of Section 5(o) of the NAO, 1999, when the value of the alleged offence under NAO is less than Rs500 million, the case is beyond the domain of NAB and trial under section 3-4 of AMLA, 2010 cannot be continued.”

It declared: “The jurisdiction of this court is as such ousted”.

The judge then returned the reference to the NAB chairman with the directive to the court staff to “return the reference books to the chairman through the investigation officer of the case”.

The reference book pertaining to the Rs8.3bn suspicious transaction was also returned to the NAB chairman by the court.

The NAB had accused Mr Zardari of constructing his house in Clifton, Karachi, with the ill-gotten money. According to details mentioned in the reference, Mushtaq Ahmed, another accused, had provided Rs150m for the construction of the house.

The reference said that Mr Zardari could not provide proof of his claim that he had built the house through legal means.

According to the reference, an illegal transaction of Rs8.3bn was made via Mushtaq Ahmed’s bank account with the money being paid to M/s Bahria Town (Pvt) Limited.

Mushtaq Ahmed worked as a government employee in the President House from 2009 to 2013. He was recruited as a stenographer on the recommendation of Senator Rukhsana Bangash.

Mr Naek argued that NAB had no jurisdiction to investigate this case since the “value of the offence is Rs150 million which is less than Rs500 million as required under Section 5(o) of NAO added through the NAO 2nd amendment Act 2022 and is given retrospective effect”.

The court noted that it lacks jurisdiction in this matter as well and directed the court staff to return the case file to the NAB chairman.