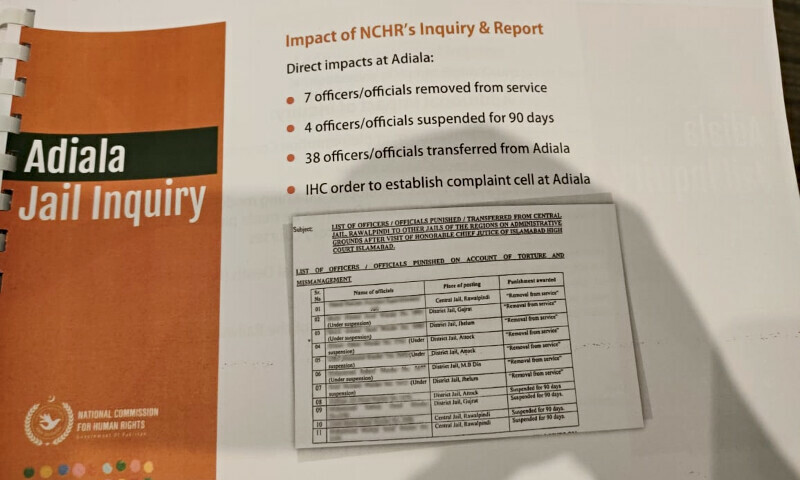 Islamabad: Chairperson NA Standing Committee on Human Rights, Dr Mahreen Razzaq Bhutto on Thursday upbraided officials of the National Commission for the Rights of Child (NCRC) over its “zero” performance on matters relating to children’s rights.

In a committee meeting, Dr Bhutto, along with other Senate members expressed concern over children in the commission not receiving compensation for their work with the panel and the failure to confirm the “rules of the Zainab Alert Bill”.

Dr. Bhutto also expressed dismay for not receiving the rules for the Zainab Alert, Response and Recovery Bill that was passed in March 2020.

She stressed that the rules should be made within six months after a bill has been passed.

During the meeting, NCHR Chairperson Rabiya Javeri Agha highlighted the “extremely poor” conditions of Rawalpindi’s Adiala Jail. The prisoners were tortured and 82 children were imprisoned, revealed by an NCHR report in October 2022.

“The condition of Adiala Jail is extremely poor. The prisoners have been tortured so much that their skin has come off.”

She said, “When we asked to get the children released on bail, no one was ready to take the children.”

The NCHR chairperson revealed that the officials at Adiala Jail are “very influential; it is very difficult to transfer them. The Adiala Jail officials have connections all the way up.”

She added that drugs were also allegedly provided to the prisoners.

Agha highlighted that after the NCHR report, seven officers were sacked, four were suspended and another 38 were transferred. She mentioned that the high court also ordered a complaint cell to be formed at the jail.

Abdul Qadir Mandokhail, another member of the committee, said: “Drugs are being easily supplied to jails and academic institutions.”

She recalled a case of a girl contacting them for help as her “friend had been abducted” but when the organization team went to meet the said friend, she had been held at a medical health center.

The NCHR team made seven visits to the Adiala Jail since Sept 21, 2022. During each visit prisoners complained of torture and cruel, inhuman and degrading treatment suffered at the hands of jail authorities.

Upon the revelations in the resulting report, the Islamabad High Court ordered the government in October 2022 to assist the NCHR in the formation of a complaint cell in the jail to curb the prevalent abuses.

However, the human rights ministry failed to end the incarceration of the under-trial juvenile prisoners. The failure is attributed to the “lack of funds to submit surety bonds”