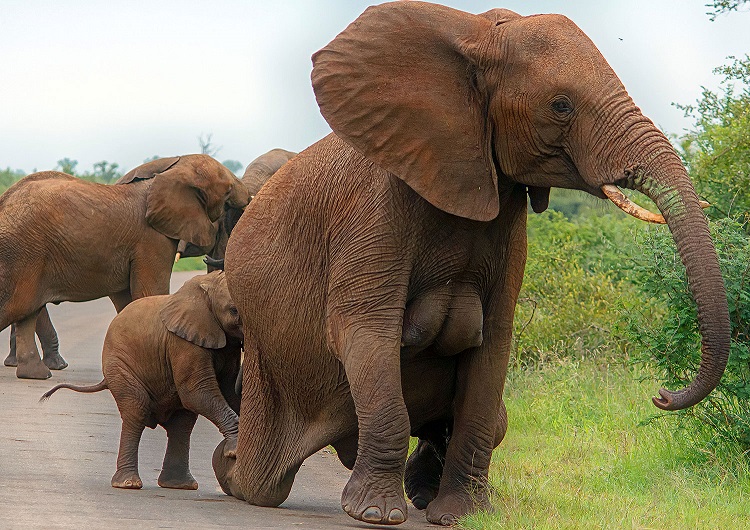 KARACHI: Whether it is a miracle, mistake or manipulation but it is a fact that a male elephant in Karachi Safari Park has turned into a female elephant. This stunning development surfaced in the Sindh High Court on Tuesday (Nov 30), when a report presented in the court revealed that one of the four elephants who was supposed to be male was female now.

According to report, one big elephant “Sonu” at the Safari Park was delivered as a male animal, but “Sonu” turned out to be female during inspection as uterus and inactive ovaries were visualised ultrasonographically. Worth noting is that elephants Sonu and Malaka were imported from Tanzania in 2009. After change in the gender of male elephant to female, the name of “Sonu” (a beautiful male person) would have to be changed to “Sony” (a cute female).

The report was presented in the court by a 6-member team of veterinary experts, who examined the health condition of all the four elephants in Karachi Zoo and Safari Park. According to report the overall health of elephants was good, but they were facing dental and dietary problems.

For example, the two elephants being kept at Safari Park were going through food problems while elephants in Karachi Zoo were facing dental problems.

Dr Goritz, head of the 6-member team of veterinary experts, sought two weeks more time from a two-judge bench headed by Justice Zafar Ahmed Rajput because results of tests were still pending. He said he would clearly communicate the detailed results of the assessment and provide a report with specific recommendations.

The team suggested some immediate actions including implementation of medical training into daily routine to provide proper foot care to two elephants, surgical removal of damaged and infected tusks with subsequent topic and general anti-infectious and anti-inflammatory treatment, vaccination against tetanus and other clostridium bacteria foot.

It added that dental problems/diseases were very painful and could lead to life-threatening situations in elephants.

Report said, “Although the actual physical condition of elephants appears to be good and their health status is not alarming, nevertheless, they show some signs of neglected body/food care and stereotypic behaviour as well.

The Sindh High Court bench granted three weeks time to the team of veterinary experts for submitting the final report and adjourned the case till Dec 22.

It may be noted here that in September 2021, the SHC appointed Dr Goritz to verify the health condition of the four elephants after a non-governmental organisation for animals filed a petition in the court, seeking the shifting of the elephants to an appropriate habitat.