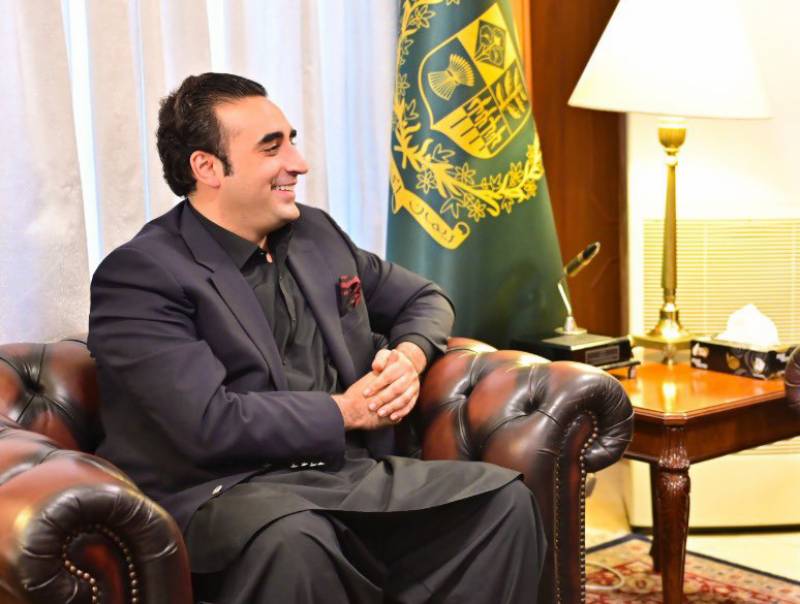 Washington: As Pakistan’s Foreign Min­ister Bilawal Bhutto-Zardari arrives in Washington on Monday, a difficult engagement awaits: underlining the need for stronger ties with the United States without disturbing its close relationship with China.

The foreign minister, however, did talk about his efforts to improve US-Pakistan relations in interviews to various US media outlets. In an interview to a foreign media correspondent he explained how Islamabad was trying to maintain good relations with both Beijing and Washington.

He said he believed that “whenever the United States and Pakistan have worked together, we have achieved great things. And whenever there’s been a distance developed between us, then we have faltered.” Going back to the theme of maintaining good ties with both, he said, “I do think it’s absolutely possible for the United — for Pakistan to engage with both China and the US.”

The foreign minister concluded his four-day visit to the UN headquarters in New York on Friday and then went off-the-radar for the weekend, stirring wild speculations in the Pakistani American community. Pakistan’s diplomatic missions in Washington and New York offered no explanation on his weekend engagements.

Asked if Mr Bhutto-Zardari would also meet US Secretary of State Antony Blinken during his three-day stay, the State Department said, “We do not have anything to share at this time.”

Diplomatic sources in Washington say that Pakistan is still far from concluding an oil deal with Russia, though both sides are exploring the possibility of doing so. The dispute, however, exposed the difficulties that Pakistan faces in maintaining its partnership with both China and the United States while exploring the possibilities of improving relations with Russia.

“China is our neighbour. We have a long history with them. And we have a lot of cooperation, particularly on the economic front,” he said. “But we also have a historical relationship with the United States that stretches back to the 1950s. And we have partnered over the course of history.”

The foreign minister also spoke about Pakistan’s efforts to mend its ties with Russia but denied reports that Islamabad was buying oil from Moscow. “As far as Russia is concerned, we aren’t pursuing or receiving any discounted energy, but we are facing an extremely difficult economic situation, inflation, pump prices,” he said.

But he reminded audience “we do have energy insecurity. And we are exploring various avenues to expand our areas where we can get our energy from.” The remarks irked Minister of State for Petroleum Musadik Malik, who had first announced discussing an oil deal with Russia and still maintains that Pakistan is pursuing Russian oil at discounted rates.

Another issue that may figure in talks in Washington is the war of words between the Indian and Pakistan foreign ministers. Mr Bhutto-Zardari on Thursday described Indian Prime Minister Narendra Modi as ‘the butcher of Gujarat’, adding that instead of being punished for the 2002 massacre of more than 2,000 Muslims in Gujarat, he was made the premier of India.

He was responding to Indian Foreign Minister S. Jaishankar’s remarks who, for two days in a row, called Pakistan “the host of Osama bin Laden” and the “perpetrator of terrorism”.