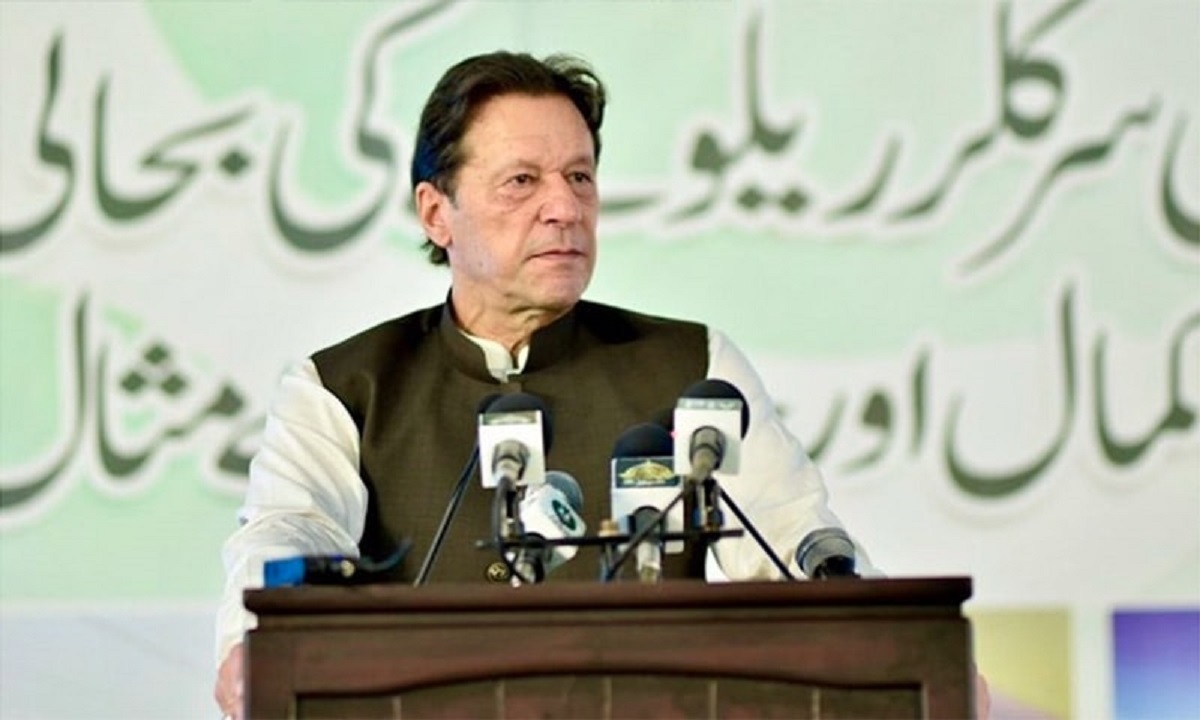 Prime Minister Imran Khan on Monday said that the federal and Sindh governments will have to work together and set aside political differences to resolve the issues being face by the people living in Karachi.

“Despite our political differences, we will have to work together in Karachi for the sake of the country and the province.”

The premier expressed the views while performing the groundbreaking of the Karachi Circular Railway (KCR) project during a day-long visit to the metropolitan city.

According to Radio Pakistan, the project’s 30 stations will link residential, industrial and office areas which will reduce traffic in the city and facilitate passengers. Electric trains are also part of the project.

“Sindh will benefit from this. It will bring profit, jobs and alleviate pressure from Karachi,” he said, adding that it would become increasingly difficult to provide citizens with utilities if the city keeps expanding.

“Our cities are under pressure. If we don’t plan now, they will become unsustainable.”

He added that the island project would also bring in foreign investment. “So please reconsider the project,” he said, while addressing the Sindh chief minister, who was also present on the occasion, adding that it was a “win-win situation”.

He said that major projects in the country were not completed due to a lack of political will. “So for major projects, especially KCR, both the governments will have to focus on them.”

The prime minister began by stating that today was a “big occasion” and highlighted the importance of the city.

“The development, prosperity and growth rate of major countries is usually led by one city. London in England, New York in the United States and then Karachi in Pakistan.”

He lamented the fact that the city’s importance to the country had not yet been fully realised. “We all know what Karachi was like in the 70s. But sadly in the 80s, when it was about to take off, chaos spread in the city.”

He said that the issues Karachi faced had also affected the country.

Talking about the Karachi Transformation Plan that was announced in September last year, PM Imran said that the federal and provincial government had decided to uplift the city.

“This plan is not just important for Karachi, but also for Pakistan. The whole of Pakistan will benefit from this. Karachi is a city which can rake in investment from across the world but for that, basic infrastructure is required.”

He said that transport was a part of this basic infrastructure and lamented the lack of investment done in the past.

Commenting on the city’s water woes, the premier said that he had been briefed by the Water and Power Development Authority chairman on the issue, adding that things were “on track”.