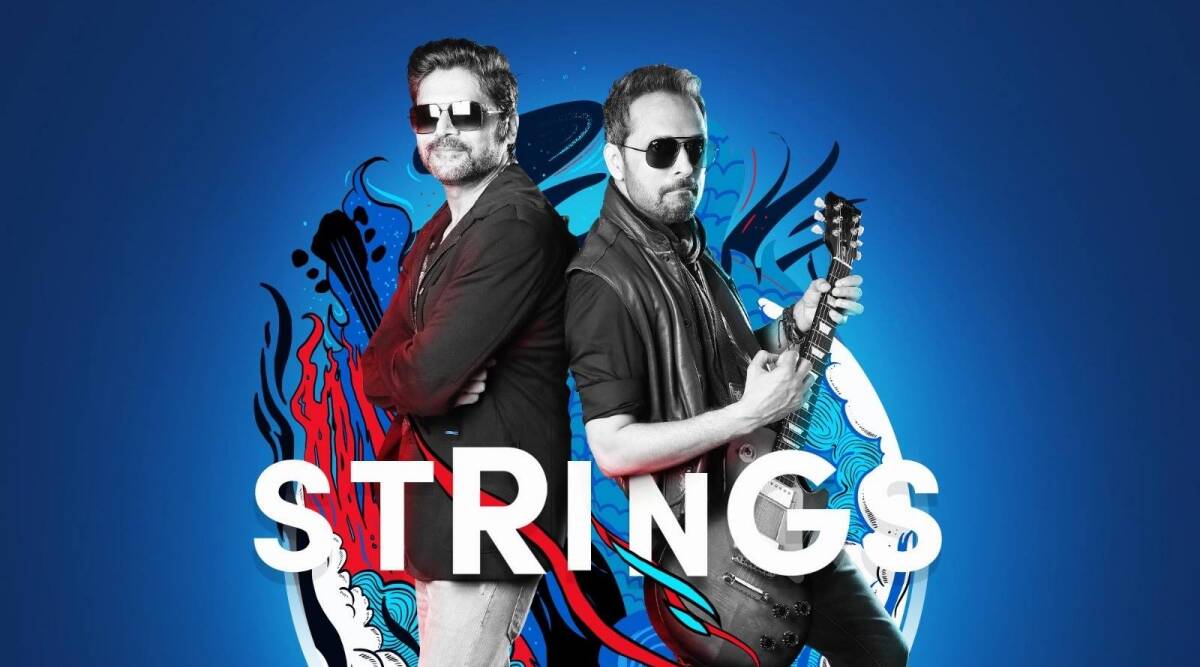 Closure at last! Faisal Kapadia, lead vocalist of the iconic band Strings, has finally revealed why he and Bilal Maqsood decided to end the band’s 33-year journey. Kapadia also revealed other interesting details about what he thinks his future plans will be after Strings.

Many hearts were broken across the country when Kapadia and Maqsood, announced the end of String’s musical journey in March. Both singers released a joint statement on social media, graciously calling it quits and thanking all their fans for their years of support.

While both have remained tight-lipped about the exact reasons behind their decision, in a recent interview given on The MJ Show video podcast, Kapadia has finally given fans some insight into the move.

While speaking to the host Mihir Joshi, Kapadia said the decision to end Strings was always at the back of their minds while Kapadia and Maqsood were working on the final album 30 between 2017 and 2018.

“We were thinking about what we are going to do after 30,” he said. “See, Strings could go on, we could be 70 years old and still have Strings since it is our love and something we have lived with. But we were looking at the band like when you’ve lived a really good life and you start to think that it’s better to end it right here on a good note.”

Kapadia revealed that the decision to end the journey couldn’t have come at a better time. “We’ve had amazing years and amazing times,” he said. “Beginning from the first album, we did our third album after 30 years. The songs in this album, all of them we love. So what do we do after this? We had to really think about whether we should end it right here or not.

“You really don’t feel like ending things because it’s your thing, and especially after the 30 albums, things were going great. Strings we were performing on the biggest platforms, doing the biggest shows and all,” he explained. “But it was precisely at a time like this that we needed to take this decision, to cut the cord. Otherwise, we [would] start going downhill gradually, that is an automatic process in itself. When you want to cherish it, you cherish it at a high point.”

The singer revealed that taking a break from the band was not an unfamiliar concept to either him or Maqsood. “We went back to the time of ‘Sar Kiye Yeh Pahar’, when it had become a hit in Pakistan and we were doing concerts, it had become important for us to take a break from everything to complete our education. We thought, you know what, we’ve done that before. Now we need to take this permanent break and just call it off,” he explained.

“I and Bilal just turned 50 this year,” Kapadia continued. “We thought 50 is a great number and now we need to spend more time with our families. Our kids are grown now, they’re in college. That was a very conscious decision. As a band to make things work, you have to let go of and sacrifice a lot of things. But now we thought let’s do whatever we want to. You know, we have lived a great life with Strings, for Strings, like Strings and now we just move on. It was a very conscious and deliberate decision and I am really happy about it. You always remember things that happened on a good note.”

Kapadia also gave listeners some insights into what he believes his future will be. “I haven’t thought about anything to be very honest, he said.”I want to spend maximum time with my family.”

He said he met his wife in 1989. “I met her around the time when String’s journey was just starting. In 2000 my oldest son Armaan was born. He was born just when we’d just come back from shooting the music video for Duur. After that Jibran was born in 2004. So in these past 20 years, the kids have grown and now I really want to spend some time with them, and then see where and what I draw inspiration from.”

For Kapadia, anything can be inspirational. “I strongly believe that it doesn’t matter if something is big or small, as long as it inspires you. Your life will be beautiful if every night you sleep while anticipating the morning because [you] want to do this thing again. This sort of inspiration can be found in anything, in sports, or whatever you like. I want to wait for this moment, I am not in a rush. I’m just waiting for things to inspire me and I want to keep learning.”

In this article:Faisal Kapadia, Strings