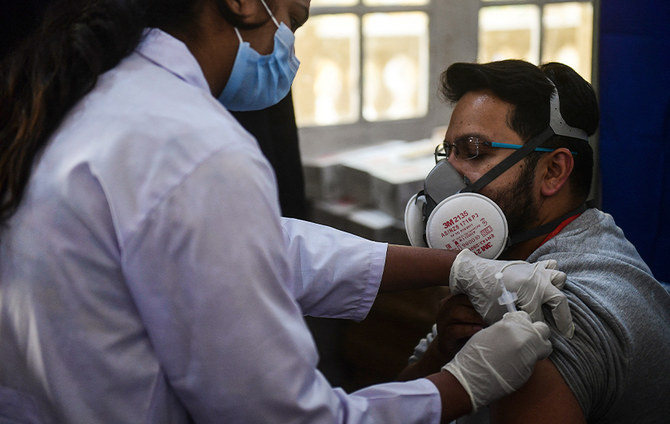 ISLAMABAD: After a deadly fourth wave of coronavirus, Pakistan reported a positivity ratio below 4% for the second consecutive day on Monday.

According to the National Command and Operation Centre’s (NCOC) data, about 1,757 new infections emerged during the last 24 hours after 48,732 tests were taken, taking the total caseload to 1,240,425 across the country.

The positivity ratio stands at 3.60% across the country. A day earlier, Pakistan’s positivity rate went below 4% for the first time in almost four months.

The number of active cases has fallen to 50,651, with the nationwide recoveries rising to 1,162,177. The active cases have fallen consistently since more than a week. Among the active cases, 4,033 patients are under critical care.

At least 31 more people succumbed to coronavirus, raising the national death tally to 27,597, as per the NCOC stats. This makes it the third consecutive day the country has reported less than 50 deaths in single day.

COVID-19 infections are decreasing in Pakistan, with 2,118 new infections reported on average each day. That’s 36% of the peak — the highest daily average reported on June 17.

Pakistan has administered at least 76,141,484 doses of COVID vaccines so far. Assuming every person needs 2 doses, that’s enough to have vaccinated about 17.6% of the country’s population.

During the last week reported, Pakistan averaged about 767,771 doses administered each day. At that rate, it will take a further 57 days to administer enough doses for another 10% of the population.