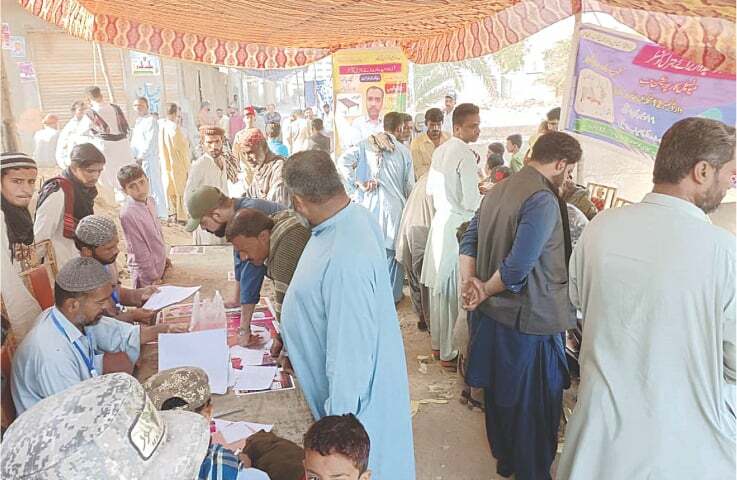 QUETTA: In Balochistan’s three districts polling was held for the first phase of local government elections on Sunday. Bhootani Awami panel made lead in the newly created Hub district, the Jam Kamal Khan alliance was ahead in Lasbela. The JUI-F emerged as the majority party in Pishin’s Huramzai town.

The polling was held peacefully amid tight security, and no untoward incident was reported. Earlier the Election Commission had declared many polling stations sensitive.

The panel obtained 28 of the 42 seats of the Hub municipal corporation, paving the way for electing the first mayor of Hub. The Jam Kamal alliance, which enjoyed the support of the National Party, could win 14 seats.

According to unofficial results, the Bhootani panel won 100pc seats of the Gadani and Dureji municipals committees.

In the Lasbela district, the Jam Kamal alliance led in Bela city, Bela tehsil, and Uthal.

The results of other constituencies of the Lasbela district were still awaited late in the night on Sunday.

In the Huramzai municipal committee polls, the JUI-F emerged as the majority party by winning seven out of 14 seats, while its arch-rivals Awami National Party (ANP) and Pakhtunkhwa Milli Awami Party (PkMAP) candidates won in three wards each. One candidate had already been elected unopposed.

In May, local government elections were held in 32 districts of Balochistan in which independent candidates led with more than 1,000 seats in municipal corporations, municipal committees and union councils, followed by JUI-F winning around 100 seats and the ruling Balochistan Awami Party securing over 70 seats.