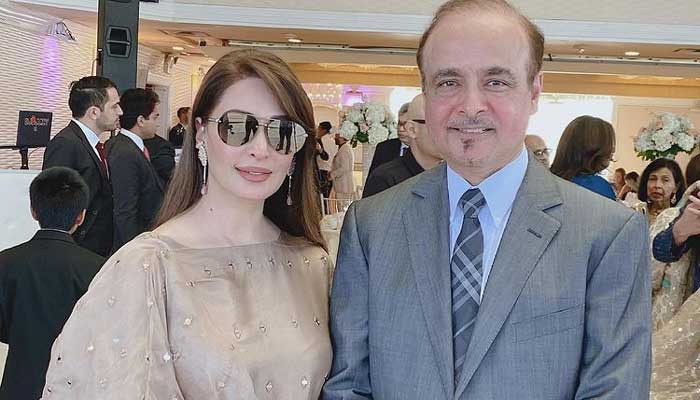 In 2020, Omer Sharif had his heart by-pass surgery and since then his health condition was deteriorating gradually. Reema Khan said that surgery of Omer Sharif was a high-risk procedure and she thanked her husband for showing willingness to carry out this surgery in the United States.

Zareen posted a message on Facebook to ‘share the good news’. “Our beloved Omer has been performing well as per doctors and he is fit to fly through air ambulance,” she wrote.

“I, Zareen Omer would like to sincerely thank the federal government for doing the visa process as fast as possible and on the other hand would like to thank Bilawal Bhutto Zardari, Murtaza Wahab and Chief Minister Sindh Syed Murad Ali Shah for bearing the expense of the Air Ambulance and Waseem Badami for playing the important role in this process and also to all protocol officers from Prime Minister’s Office. And also to all the people who sent their best wishes and prayers just because of your prayers Omer is showing improvement.”

Earlier, Zareen had called for prayers for her husband whom she said was quite ill.

Lollywood actor Reema Khan also took to social media to announce that her husband, Dr Syed Tariq Shahab, has agreed to perform Sharif’s surgery after he is flown to the United States.

“Umer Sharif [is] one of the greatest comedians of the sub-continent and a real legend of all times,” Khan wrote. “He always worked hard to make other people laugh and smile. Today it disturbs me to know that he is in pain and distress because of his grave illness. I am proud of my husband — Dr Syed Tariq Shahab — who has agreed to perform the high risk procedure and is helping the family in his transfer arrangements to America. I have requested him to do all he can to help Umer Sharif sahib recover from this illness.”

Sharif’s message was broadcast on the ARY News talkshow 11th Hour hosted by Waseem Badami. Umer Sharif and Badami urged the government to provide support in making urgent travel arrangements so that Umer Sharif could fly out and gain treatment for his ailment, which is only available abroad.