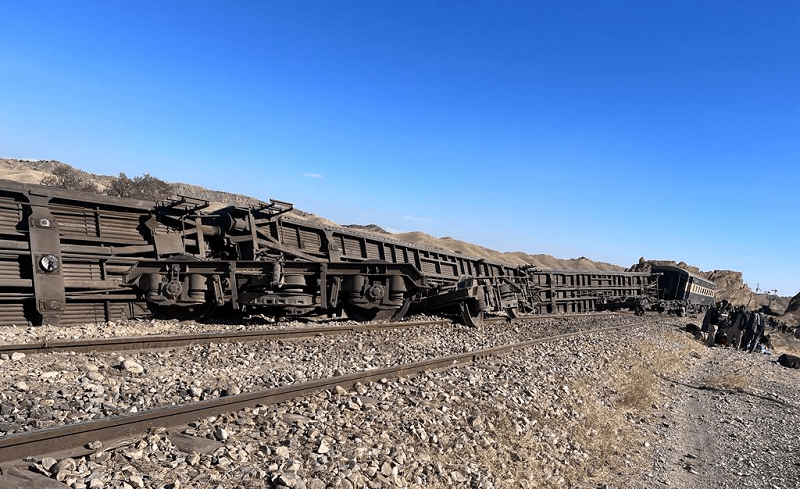 BOLAN: At least eight people were injured in an explosion near a railway track in the Paneer area of Balochistan’s Bolan district on Friday, a senior Railways official said.

In a news report published by Dawn Pakistan Railways spokesperson in Balochistan Muhammad Kashif is quoted saying that the blast occurred when the Peshawar-bound Jaffer Express was passing by the area. The train was coming from the Mach area.

As a result of the blast, six bogies of the train derailed causing injuries to at least eight people, he added. The injured were shifted to a nearby hospital while an emergency has been declared across all hospitals in the district.

Meanwhile, Deputy Commissioner Karachi Agha Samiullah also confirmed the incident. He said it was a remote-control explosion that derailed multiple bogies of the train.

He said rescue teams had been dispatched to the spot. Police have not yet issued a statement on the incident.

On Dec 25, six security personnel, including a captain, had embraced martyrdom while at least 17 people suffered injuries in different incidents of terrorism across Balochistan.

The military’s media wing had said that an IED went off close to the leading party of the security forces. Cap­tain Fahad, Lance Naik Imtiaz and sepoys Asghar, Mehran and Shamoon were martyred in the blast.

The statement further said that the sanitization operation continued in the area to apprehend the suspects involved in the attack.

In another statement, the ISPR had said that an operation against militants in the Sambaza area of Zhob left one security man martyred. One terrorist was killed, while two personnel were injured.

ISPR had further said the forces were conducting an operation in Sambaza on the basis of intelligence reports to deny militants the use of suspected routes to move across the “Pakistan-Afghanistan border to sneak into KP along the interprovincial boundary and target citizens and security forces”.