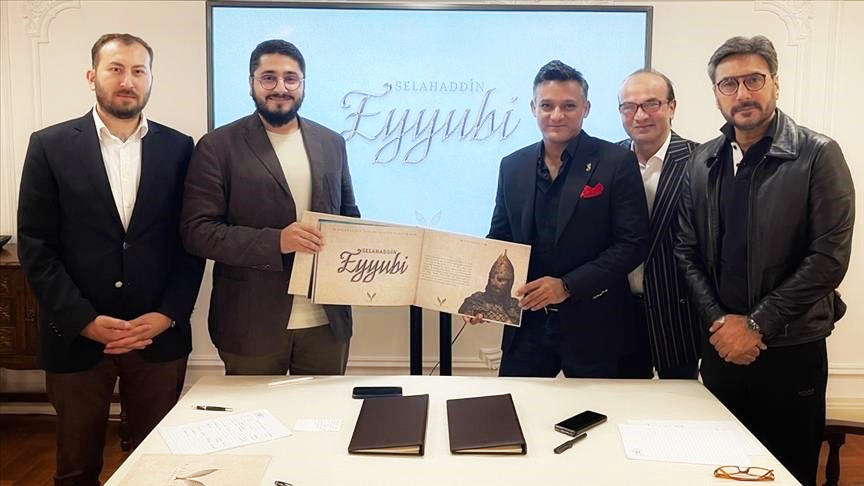 Adnan Siddiqui is a well-known name in the Pakistani entertainment industry. Not only are his acting skills recognized in Pakistan but he has also worked in Bollywood and Hollywood with their leading artists. Besides acting, he also has been producing dramas for television.

These days, he is busy in the pre-production of a series on Sultan Salahuddin Ayyubi, the famed 12th-century Muslim warrior. It is a joint venture between Pakistan and Turkey. The series is planned to be produced in three seasons, each comprising almost 34 episodes.

The Truth International talked to Adnan Siddiqui about this series exclusively and his other plans.

TTI: Are you doing the lead role of Salahuddin Ayyubi?

AS: No. Not at all. I am not playing this role. It will be played by a Turkish actor. The name would be announced soon.

Moreover, only 25 percent of the cast of the series would be selected from Pakistan while the rest includes actors from Turkey. A Turkish team would come to Pakistan in the first week of October for casting. The whole project would be filmed under the supervision of Turkish director Emre Konuk.

TTI: So, which character are you supposed to play in the series?

AS: I cannot tell anything about it at the moment. They have a strict rule of audition before casting any actor for specific roles. I also would follow that rule and only after audition will it be decided if I am suitable for any role in the series.

TTI: Are the governments from both the countries (Pakistan and Turkey) involved in this project?

AS: No. The project is not supported by any government financially. The series is being produced by a Pakistani Dr Kashif Ansari, who lives in USA and Dr Junaid Ali Shah from Karachi. Humayun Saeed and I are the executive producers of the series. But as far as the logistic assistance is concerned, the government would definitely be involved like helping in providing NOCs to shoot our project.

TTI: Tell us about the series production plan?

AS: This first season is going to be shot entirely in Turkey, for which the preparations are in their final stages while some parts of the second season would be filmed in Pakistan by a Turkish crew, who would visit Pakistan. Honestly, at the moment, for me, the initiation of the project is more important than anything else as many people are showing their doubts about its implementation. I am very much hopeful about it.

TTI: Where would the series be aired?

AS: It has not yet been decided on which television channel the series will be aired, but I wish it to be run in both countries simultaneously.

TTI: What would be the language of the series?

TTI: Salahuddin Ayyubi is a historical drama. So what would be the criterion of selection of the actors and would there be any training for them before going on sets?

TTI: You have produced the film ‘Dum Mastum’. When is it going to be released?

AS: The film is ready. We are waiting to get the epidemic of Covid 19 over and to reopen the cinema completely. The story of Dum Mastum is written by actor Amar Khan who is also doing the lead role in the film along with Imran Ashraf. The film is directed by Muhammad Ehteshamuddin.

TTI: A new iteration of our fledgling film industry was just emerging from the ground after the demise of the Lahore-based traditional film industry when the Covid-19 global pandemic struck, forcing cinemas into closure. How do you think we can revive it?

AS: Yes. Definitely, our film industry is taking its last breath. It needs oxygen. It would be done so that whenever cinemas reopen after the COVID, we should not give any other reason to close them down. There should be a proper code of conduct for this.

I strongly believe that to revive the industry again, we must strengthen film producers and production houses. If the government makes any law to exempt cinema houses from taxes, then it must also enable and empower be producers. We need a coherent film policy at the moment.