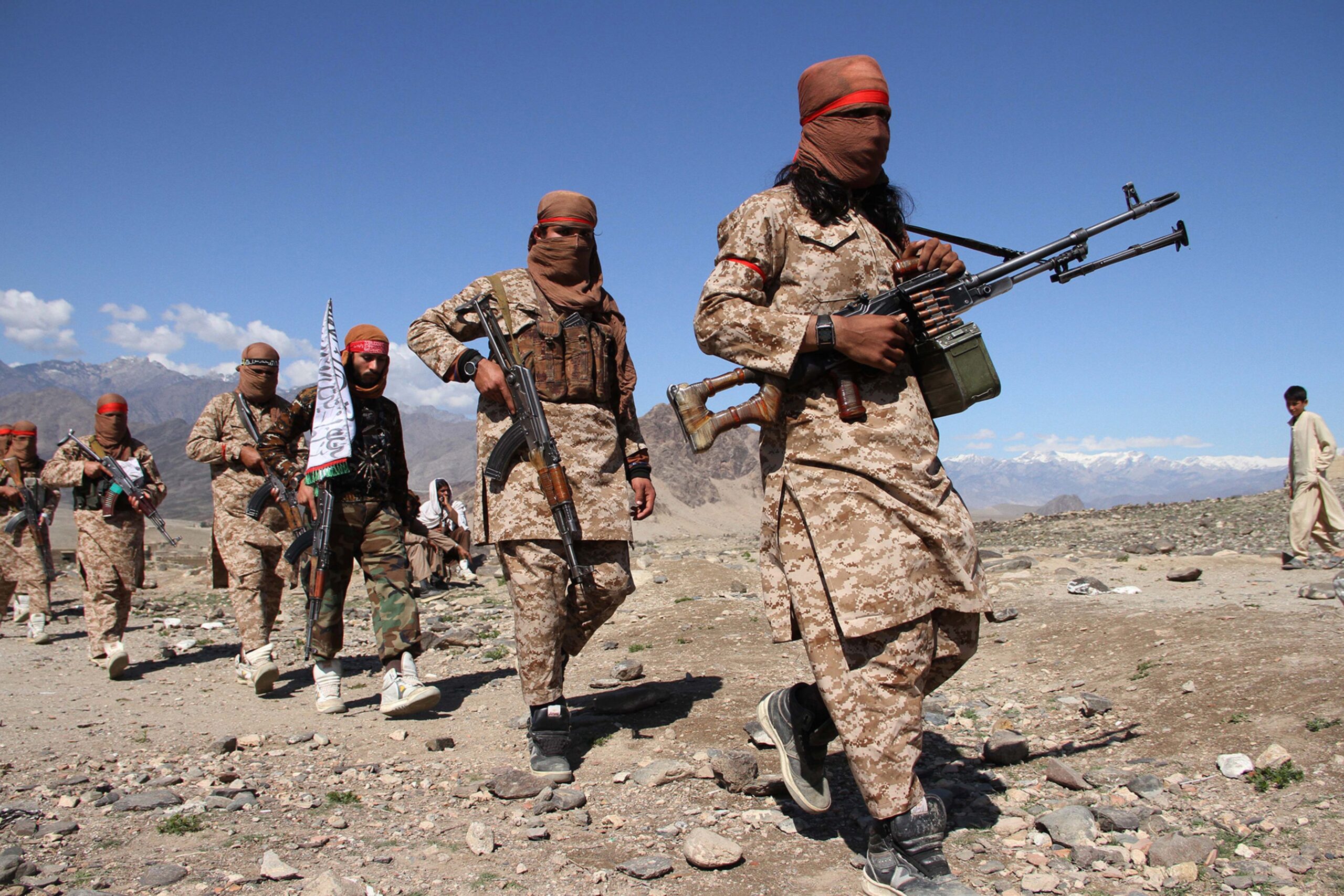 A Pushtun dominated centralized state in Afghanistan serves Pakistan’s strategic interests well—though. Pakistan’s powerful security establishment has, of late, shown enough sophistication to make space, in its strategic thinking, for other ethnicities that form part of Afghan nation to join the Pushtuns in Kabul.

Pakistani military leaders, however, have displayed nervousness with regards to the possibility of increased violence in Afghanistan—which will have two adverse implications for Pakistani society. Firstly, it could lead to large scale displacement in Eastern and Southern Afghanistan leading to inflow of refugees in border areas of Pakistan.

Taliban in unleashing a wave of violence on Pakistan’s side of the border.

However, the post-US withdrawal in Afghanistan doesn’t present a clear and neat strategic scenario for Pakistani security establishment. It is unlike the mid-1990s scenario when the Taliban military victories created euphoria in Islamabad and Rawalpindi. This time Taliban military advances could give Pakistan security planners a headache.

Taliban’s military advances in Northern and Eastern Afghanistan, if they are not welcomed by regional players like Russia, Iran and China or if they fail to receive tacit approval of the regional players, the developing military situation inside Afghanistan could add to Pakistan’s isolation at the international level.

True, it would be no different from the situation Pakistan faced in the mid-1990s at the time of Taliban’s rise, but then, at that time, Pakistani military establishment was not engaged in a campaign to attract Washington’s support for its efforts to present the country as hub of regional connectivity.

There is a clear realization in Pakistan’s foreign policy circles that the unilateral US decision to withdraw from Afghanistan indicates that Washington is no more fixated on terrorism related issues, which for all practical purposes mean dwindling strategic importance of Islamabad. Coupled with this is Islamabad’s inability in sustaining the financial and political assistance from the country’s chief patrons like oil rich Arab states, whose leadership no longer seems to be in a mood of supporting the so-called “Islamic causes” all over the world. There are, however, weak signals emanating from regional capitals that Pakistani security establishment’s “strategic assets”— as Afghan Taliban have often been referred to in international media—enjoy some support among the regional countries like Russia, Iran and China.

During the peak of US presence in Afghani- stan, the US intelligence reportedly presented Washington with the information that Iran and Russia both were providing weapons, intelligence support, and finances to Taliban for attacks on US forces inside Afghanistan.

As well, the Afghan Taliban, carried out operations against Daesh-affiliated groups in northern and eastern Afghanistan at the behest of Russians and Iranians in the period between 2014 and 2016, when there was a sudden rise in the profile of ISIS in Afghanistan.

Pakistani ISI even hosted the intelligence chiefs of Russia, Iran and China in Islamabad for a conference in July 2018 where it was agreed that the four intelligence services would coordinate their efforts against the rise of ISIS in Afghanistan. Does this mean that Russia and Iran have a working relationship with Afghan Taliban? Does it also mean that for regional players the conservative Taliban are more acceptable than the radical ISIS and other Salafi groups which, according to reports, were emerging inside Afghanistan? No clear answers to these questions so far exist in the public realm.

Iran has welcomed the withdrawal of foreign troops and Russia has indicated willingness to use military force to protect its regional allies like Tajikistan, Turkmenistan, and Uzbekistan. Taliban are not mentioned as a threat in any of the Russian statements, though it is obvious that increased violence and instability will be disliked by these states.

A series of formal talks and visits of Afghan Taliban to regional capitals might have changed the image of the puritan militia. But its behaviour in the days to come will influence the policy these regional capitals will adopt towards Afghanistan. Most of the international experts predict a civil war likely in post-US withdrawal Afghanistan. What will make Afghan Taliban unacceptable to the regional players is its continued links with Al-Qaida.

In its 2020 report, the UN Taliban monitoring team said the Taliban still have strong ties with al-Qaeda. The Taliban provide al-Qaeda with protection in exchange for resources and training. Between two hundred and five hundred al-Qaeda fighters are believed to be in Afghanistan, although several of its leaders were killed. The Taliban “regularly consulted” with al-Qaeda leaders during its negotiations with the United States, providing “guarantees that it would honour their historical ties,” the UN monitor reported. Al-Qaida are affiliated with a large number of terror groups originating in Chinese Xinjiang and Central Asian States.

At the end of the day Pakistan’s policy towards Afghanistan will be strongly shaped by attitudes of regional players. Similarly Pakistani security establishment until recently was pitching the idea of Pakistan as a hub of regional connectivity to Washington. A civil war in Afghanistan will not be conducive to the success of this idea. Similarly too much reliance on Afghan Taliban, could utterly spoil the Pakistani move to project itself as connectivity hub, unless it can convince the Taliban to enter into a power-sharing agreement with the Afghan government.

There is a dreadful prediction in the western security experts forecast about what international terror groups like Al-Qaida, Al-Qaeda in Indian Subcontinent (AQIS) and ISIS could do in the neighbouring countries of Afghanistan as the post-withdrawal Afghanistan is likely to plunge into a military chaos or anarchy in the coming days, weeks and months.

In what western intelligence officials, reportedly, are describing as spoiler’s violence, the neighbouring countries of Afghanistan could use the remnants of international terror groups still hiding in different parts of Afghanistan to settle their scores with their rival countries.

In this regard, western intelligence is specifically mentioning the names of Pakistan, India, and Afghanistan as countries whose security apparatus or intelligence agencies could settle old scores by using remnants of terror groups to carry out violence in the neighbouring countries of Afghanistan.

American officials and leaders have variously described Al-Qaida in Afghani- stan as a shadow of its former shelf or too weak to carry out terror attacks in mainland America. ISIS saw its peak in Afghanistan in the period between 2014 and 2016 when there was a sudden rise in its profile and groups and bands from Afghan Taliban started defecting their mother organization to join ISIS. ISIS in Afghanistan in recent days has also seen a declining profile as the groups and bands of former Taliban defect ISIS to re-join their mother organization.

According to several reports based on Western intelligence analysis of the situation: “Key members of al-Qaeda’s central leadership continue to see Afghanistan as a strategically important base, despite the availability of more permissive potential bases and the considerable threat of U.S. counterterrorism activity. This is most obvious in the case of al-Qaeda chief al-Zawahiri.

“According to the United States Central Command (CENTCOM) Chief Gen. Kenneth F. McKenzie, the U.S. military assesses that al-Zawahiri is in Afghanistan. Al-Qaeda’s once heir apparent Hamza bin Laden, the son of the movement’s founder Osama bin Laden, also appears to have remained in Afghanistan before being killed in the Afghanistan-Pakistan border region. While much of al-Qaeda’s central leadership appears to be outside Afghanistan, perhaps in Iran or Syria’s Idlib Province, some al-Qaeda central leaders remain in Afghanistan”. The story of ISIS in Afghanistan is also one of persistent decline. A report based on western intelligence experts reads: “After a dramatic rise in Afghanistan from 2014 to 2016 with membership running into the thousands, it has been in steady decline.

“Over the last two years, the group has suffered back-to-back losses against U.S. and Afghan military operations in the eastern provinces of Kunar and Nangarhar. These losses have been compounded by the Afghan Taliban’s separate military campaign against the Islamic State.

“The Islamic State is reported to command around 2,200 fighters, but its overall trajectory is marred by defections of leaders and rank-and-file, loss of territory, and fragmentation of battlefield allies”.

The spoiler’s violence could take the form of terror attacks inside Pakistani territory and if Western intelligence experts are to be believed Indian intelligence could be instrumental in using remnants of terror groups against Pakistan.

This doesn’t seem far-fetched when seen in the light of Pakistani allegations that India intelligence has penetrated Tehrik-e-Tali- ban Pakistan (TTP) and was instrumental in pushing the militant group to carry out terror attacks inside heartland Pakistan. There are countless reports indicating the webs that link TTP with international terror groups like Al-Qaeda and ISIS. Similarly, this spoiler’s violence could take the form of Pakistan using terror groups to carry out terror attacks against Indian interests in Afghanistan. Nothing seems far-fetched if the recent past is any guide—Indians using military and intelligence assets in Afghanistan against Pakistan is a well known and well documented reality. Similarly, the bitter memories of the US Administration holding Pakistani intelligence responsible for the terror attack on Indian Embassy in Kabul are still fresh in national as well as international memory.

This is another aspect of Afghan conflict which festers like a bleeding wound—Pakistani and Indian security apparatuses don’t have any settled “rules of the game” to protect their interests in Afghanistan. Pakistanis are nervous Washington wants to give India a disproportionate role in post-withdrawal Afghanistan. Indians are nervous that their bitter enemies in the shape of Taliban could disrupt their economic interests in Afghanistan. Spoiler’s violence is not at all a far-fetched threat in this scenario.

Spoiler’s violence has antecedents in Afghan land. Consider, for instance, how US administration accused Russia and Iran of supporting Afghan Taliban to carry out violence against American troops in Afghanistan. Russian indirectly accused Americans of bringing and settling ISIS fighters in Northern Afghanistan close to the borders of Central Asian states, which Russia considers within its security parameters. The remnants of Al-Qaeda and ISIS in Afghanistan are hosting terror groups which originated in Central Asian societies and which have been engaged in military conflict with the Central Asian governments.

Chinese are no less concerned about the developments in Afghanistan: They know that the Chinese separatist elements are in alliance with ISIS, Taliban, and Al-Qaida. Some of these Chinese separatist elements are in alliance with Pakistani Taliban and were being hosted by the latter until recently. So the fears of spoiler’s violence reaching Chinese territory are real. A centralized Afghan state is absolutely necessary to control this threat. The international community must ensure that the regional countries don’t play dirty and don’t try to push forward their own proxies in Afghan power struggle.