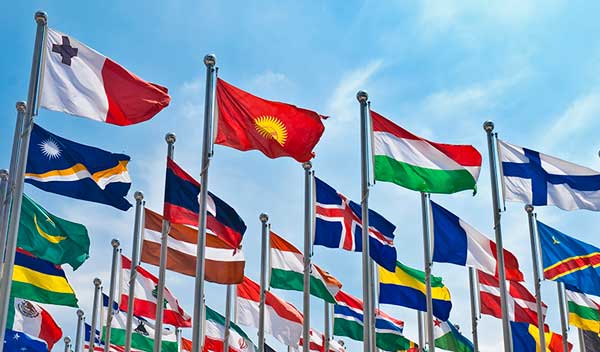 The 76th session of the United Nations General Assembly (UNGA) will officially open on Tuesday, with the General Debate – an opportunity for representatives from all 193 member states to address the chamber – beginning the following week.

The UNGA serves as the main deliberative and policy-making body of the UN, addressing complex world issues as well as the challenges facing individual members. It is the only body in the organisation where all members have representation.

According to the UN Charter, the body is charged with addressing matters of international peace and security not currently being addressed by the UN Security Council (UNSC). It also debates matters of human rights, international law, and cooperation in “economic, social, cultural, educational, and health fields”.

More concretely, the UNGA approves the sprawling organisation’s annual budget, while one of its six main committees directly oversees the funding of peacekeeping missions around the world.

Now, the 76th session offers the UN a chance to “really show its purpose again”, said Alanna O’Malley, chair of United Nations Studies in Peace and Justice at Leiden University in the Netherlands.

We’re going to see whether or not a lot of countries lived up to their lofty promises from last year of being good UN members and being really committed to the structures of renewed multilateralism in the world,” she said.

“And for the UN, of course, it’s an opportunity to really show that the fanfare of a significant and expensive milestone actually produces real political change.”

Here’s what to know as the session kicks off:

What will happen this week?

The General Debate remains the UN’s most prominent annual event, with world leaders and heads of government typically converging on the organisation’s New York City headquarters for nine days of speeches and meetings.

But the work of the new UNGA session begins on Tuesday – a week before the debate – as incoming UNGA President Abdulla Shahid of the Maldives will be formally elected by the body, replacing outgoing President Volkan Bozkir of Turkey.

The Assembly will also appoint officers to the Credentials Committee, a body that determines who the UN recognises as the legitimate representative of a member state, and to the six Main Committees: Disarmament and International Security; Economic & Financial; Social, Humanitarian & Cultural; Special Political & Decolonization; Administrative & Budgetary; and Legal.

Finally, the Assembly will adopt the initial agenda for the year, which includes planned meetings, future approval of UNSC members, members of the Human Rights Council, and budget approval.

Last year, despite the pandemic, the UNGA held 103 full-member meetings – and passed 320 resolutions.

What will happen during the General Debate?

The new UNGA session was meant to signal a return to normality for the UN’s most headline-grabbing event, but surging coronavirus cases are set to again curtail the General Debate after the US requested that speeches be delivered by video.

Still, the UN has said 83 heads of state or government or other top representatives are so far slated to speak in person in a series of speeches that begin on September 21 while another 23 have applied to deliver pre-recorded speeches.

Leiden University’s O’Malley noted that of particular note will be US President Joe Biden’s speech, an expected counterpoint to former president Donald Trump’s antagonistic approach to the organisation. The White House said on Monday that Biden will travel to New York on September 21 to deliver his remarks.

eanwhile, Secretary-General Antonio Guterres, coming off re-election to his second and final term, “has a real opportunity to seize the moment now and become the kind of moral authority that he really hasn’t been in the last term”, O’Malley said.

Last week, Guterres presented the Our Common Agenda report, a response to a request from member states following UNGA’s 75th anniversary for the UN chief to make recommendations on how best to address the challenges of global governance.

Encompassing plans for new, crisis-ready “emergency platforms” and for more robust approaches to climate change, global vaccinations, youth development, and nuclear and cyber security, Guterres summed up the strategy as “multilateralism with teeth”.