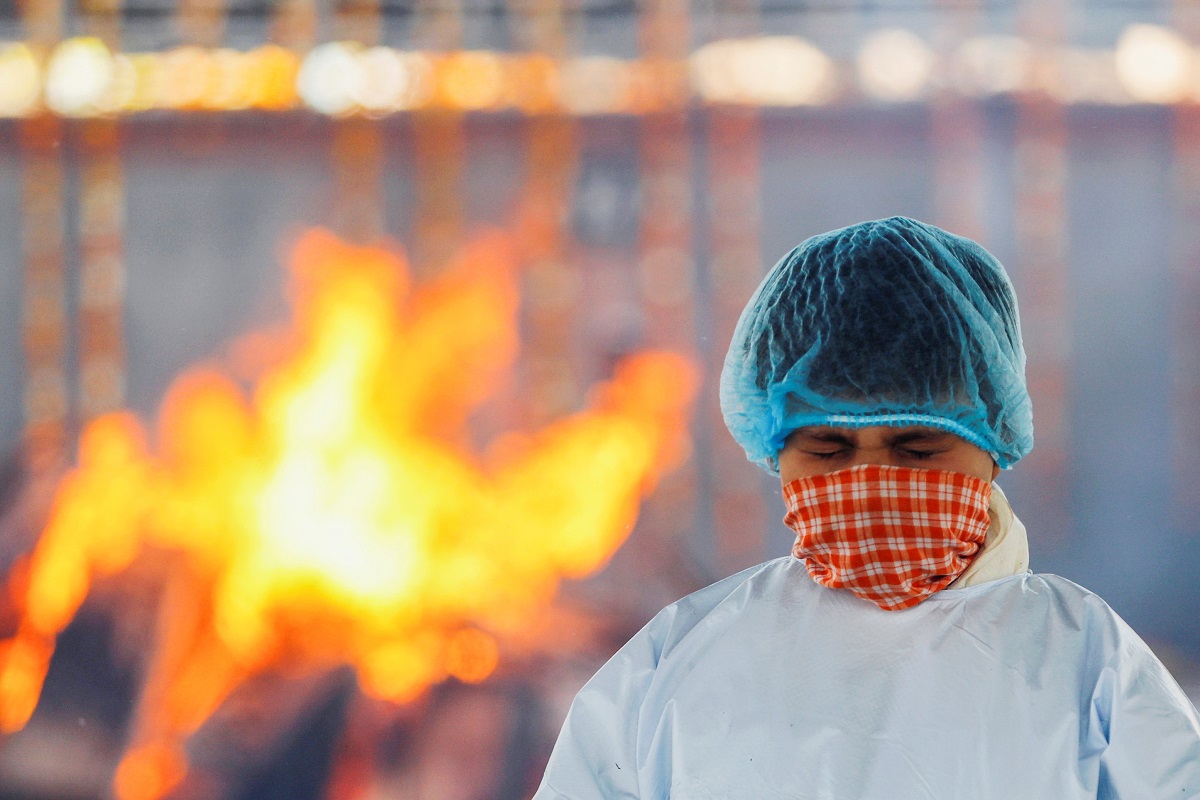 A boy reacts next to the body of his father, who died from the coronavirus disease (COVID-19), at a crematorium in New Delhi, India April 24, 2021. REUTERS/Adnan Abidi

Critical medical supplies began to reach India on Tuesday as hospitals starved of life-saving oxygen and beds turned away coronavirus patients, and a surge in infections pushed the death toll close to 200,000.

The United Kingdom has sent a shipment including 100 ventilators and 95 oxygen concentrators, arrived in the capital New Delhi, though a spokesman for Prime Minister Boris Johnson said Britain had no surplus Covid-19 vaccine doses to spare.

A shipment from France eight large oxygen-generating plants will arrive in India this week while Ireland, Germany and Australia are dispatching oxygen concentrators and ventilators, an Indian foreign ministry official said, underlining the crucial need for oxygen.

The US President Joe Biden reaffirmed US commitment to helping India, saying he was expecting to send vaccines there while senior officials from his administration warned that the country was still at the “front end” of the crisis.

India’s first “Oxygen Express” train pulled into New Delhi, laden with about 70 tons of oxygen from an eastern state, but the crisis has not abated in the city of 20 million people at the epicenter of the world’s deadliest wave of infections.

“The current wave is extremely dangerous and contagious and the hospitals are overloaded,” said Delhi Chief Minister Arvind Kejriwal, adding that a large public area in the capital will be converted into a critical care hospital.

The World Health Organization said it was working to deliver 4000 oxygen concentrators to India, where mass gatherings, more contagious variants of the virus and low vaccination rates have sparked the second major wave of contagion.

With vaccine demand outstripping supply in the country of 1.3 billion people, two US drug makers have offered support.

India is also negotiating with the United States, which has said it will share 60 million doses of AstraZeneca’s  Covid-19 vaccine with other countries. A senior official participating in the talks said Prime Minister Narendra Modi had been assured of priority for India.

Supply uncertainty could force Maharashtra, India’s hardest-hit state, to postpone inoculations for people aged between 18 and 45, a government official said.