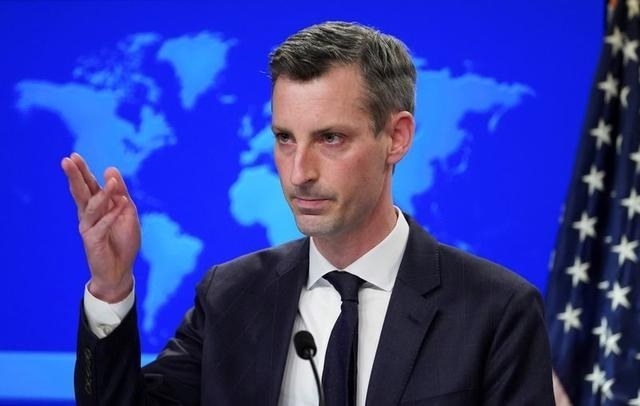 WASHINGTON: The United States spokesman today said the US would judge the Taliban from their actions and not from their words.

Ned Price said that the first face-to-face meeting between senior US and Taliban officials in Doha on Saturday and Sunday after the group retook power in Afghanistan was candid and professional.

State Department spokesman Ned Price said the US delegation in the weekend talks in Doha, Qatar, focused on security and terrorism concerns and safe passage for US citizens, other foreign nationals and Afghans, as well as on human rights, including the meaningful participation of women and girls in all aspects of Afghan society.

He said the two sides also discussed “the United States’ provision of robust humanitarian assistance, directly to the Afghan people.”

“The discussions were candid and professional with the US delegation reiterating that the Taliban will be judged on its actions, not only its words,” Price said in a statement. It did not say if any agreements were reached.

Meanwhile, Afghanistan’s acting foreign minister as saying that Taliban representatives asked the US side to lift a ban on Afghan central bank reserves.

It said the minister, Amir Khan Muttaqi, also said Washington would offer Afghans coronavirus vaccines and that the two sides discussed “opening a new page” between the two countries.

Biden administration officials told Reuters on Friday the US delegation would press the Taliban to release kidnapped American Mark Frerichs.

Another top priority would be to hold the Taliban to their commitment not to allow Afghanistan to again become a hotbed for al Qaeda or other extremists.

The Taliban took back power in Afghanistan in August, almost 20 years after they were ousted in a US-led invasion for refusing to hand over al Qaeda leader Osama bin Laden following the September 11, 2001, attacks on the United States.

The US officials said the weekend meeting was a continuation of “pragmatic engagements” with the Taliban and “not about granting recognition or conferring legitimacy” to the group.

US officials say they are in contact with dozens of Americans and legal permanent residents who wish to leave Afghanistan and there are thousands of US-allied Afghans at risk of Taliban persecution still in the country.

Washington and other Western countries are grappling with difficult choices as a severe humanitarian crisis looms large in Afghanistan. They are trying to work out how to engage with the Taliban without granting the group the legitimacy it seeks, while ensuring humanitarian aid flows into the country.