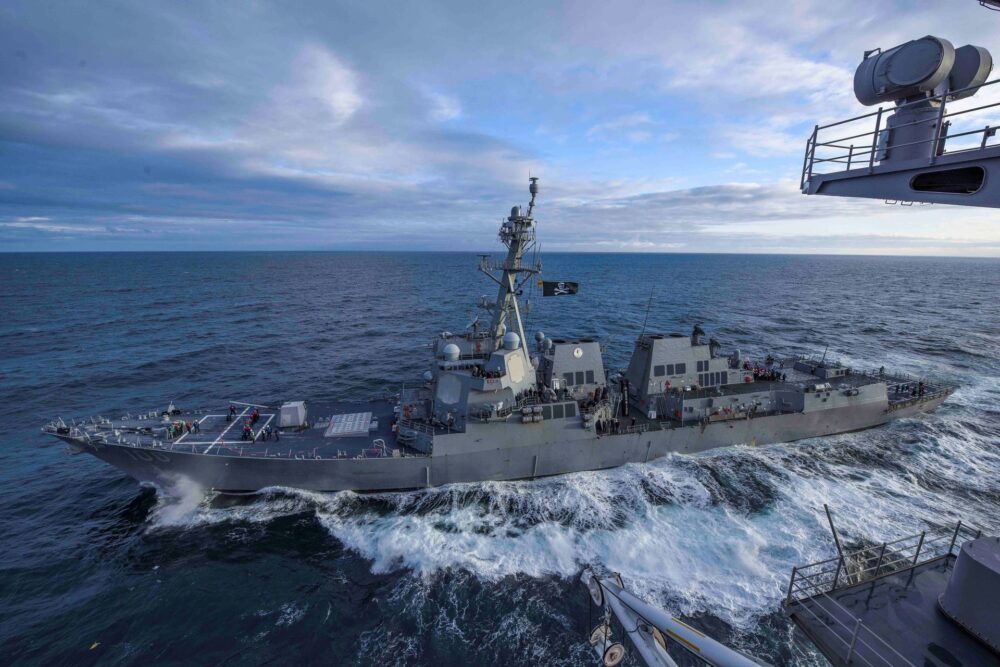 The statement released from the US Navy said, that “USS Chung-Hoon conducted a routine Taiwan Strait transit through waters where high-seas freedoms of navigation and overflight apply in accordance with international law,”.

A spokesperson for China’s embassy in Washington, Liu Pengyu following the US Navy statement said that “China firmly opposed the move and called on the US to immediately stop provoking troubles, escalating tensions and undermining peace and stability across the Taiwan Strait.”

The China embassy spokesperson further stated that “US warships frequently flex muscles in the name of exercising freedom of navigation. This is not about keeping the region free and open,” the spokesperson said in the statement.

Tensions in the Taiwan Strait reached their highest point in years in August 2022 following US House Speaker Nancy Pelosi’s trip to Taiwan. Beijing responded by staging days of air and sea drills around the self- ruled island that China claims as its own.

“China will continue to stay on high alert and is ready to respond to all threats and provocations at any time. It added “the country will resolutely safeguard its national sovereignty and territorial integrity.”

Meanwhile, Taiwan’s Defense Ministry said the vessel had sailed in a northerly direction along the strait and its forces had monitored its passage and observed nothing out of the ordinary.

Washington has no formal diplomatic relations with Taipei, as Beijing demands that its partners choose between China and Taiwan. However, the US is also Taiwan’s most significant political and military backer.

In this article:China, South China Sea, Taiwan Strait, US warship