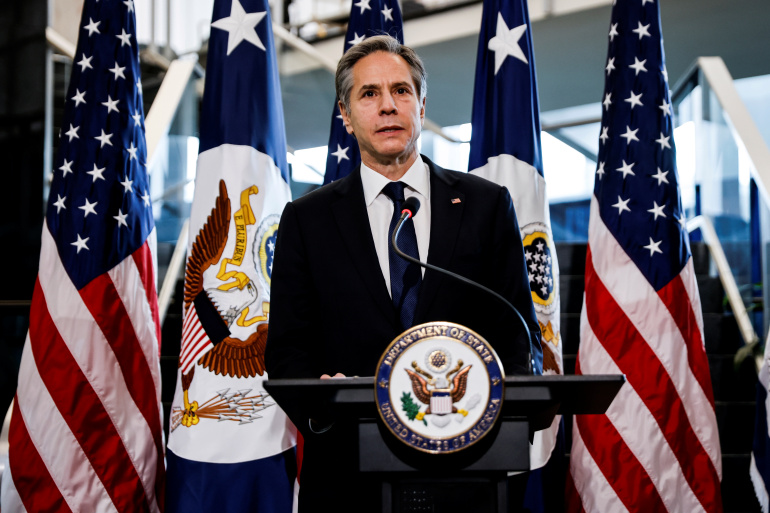 The US has made it clear to Pakistan that it does not want Islamabad to recognise the Taliban government until it doesn’t give women their due rights and allows Afghans who want to leave the country, to do so.

In the first public hearing in Congress about Afghanistan since last month’s collapse of the US-backed Afghan government, US Secretary of State Blinken told the House of Representatives Foreign Affairs Committee that Pakistan has a “multiplicity of interests, some that are in conflict with ours.”

“It is one that involved hedging its bets constantly about the future of Afghanistan, it’s one that’s involved harboring members of the Taliban … It is one that’s also involved in different points cooperation with us on counterterrorism,” Blinken said.

Asked by lawmakers if it is time for Washington to reassess its relationship with Pakistan, Blinken said the administration would soon be doing that.

“This is one of the things we’re going to be looking at in the days, and weeks ahead – the role that Pakistan has played over the last 20 years but also the role we would want to see it play in the coming years and what it will take for it to do that,” he said.

The United States’ withdrawal from Afghanistan culminated with a hastily organised airlift that left thousands of US-allied Afghans behind and was punctuated by a suicide bombing outside Kabul’s airport that killed 13 U.S. troops and scores of Afghans.

The US and Western countries are in a difficult balancing act in the aftermath of the Taliban’s victory – reluctant to recognise the group while accepting the reality that they will have to engage with them to prevent a looming humanitarian crisis.

Pakistan has had deep ties with the Taliban and has been accused of supporting the group as it battled the US-backed government in Kabul for 20 years – charges denied by Islamabad.

‘US was likely to suffer more losses by staying in Afghanistan’

Speaking about the US-Taliban relationship, Blinken said it was time to end a war spanning two decades in Afghanistan. “We achieved our objectives in Afghanistan,” he said, adding that the Biden administration inherited the peace agreement with the Taliban from its predecessor.

He pointed out how 5,000 prisoners were released by the Taliban as part of the peace agreement, adding that had the US not honoured the pact, it could have resulted in more attacks on foreign forces.

“The US was likely to suffer more losses by staying in Afghanistan,” he admitted. “There was no guarantee of the war ending anytime soon had the US decided to stay in Afghanistan for a longer duration.”

Blinken said the US has activated its diplomatic mission in Afghanistan, adding that Washington will keep helping US and Afghan citizens who are staying back in the country.

US to continue to play its role in region

He said the Taliban had guaranteed that they will not let Afghanistan’s soil be used for terrorist activities against other countries.

“The US will continue to play its role to promote anti-terrorism in the region,” he said, adding that the Taliban had also promised to not let Daesh and Al-Qaeda use the country for militant activities. He announced a $330mn aid for Afghanistan this year on humanitarian grounds.

Blinken said the US was working on evacuation efforts at the Kabul airport, adding that it was in contact with Qatar and Turkey.

“Last week, 100 US citizens sent messages, asking to vacate Afghanistan,” he said. “The aircraft had room to take 60 people but only 30 showed up at the airport.”

The US secretary of state said the Biden administration had told the Ashraf Ghani government to defend itself against the Taliban. He said China wanted US forces to stay stranded in Afghanistan.