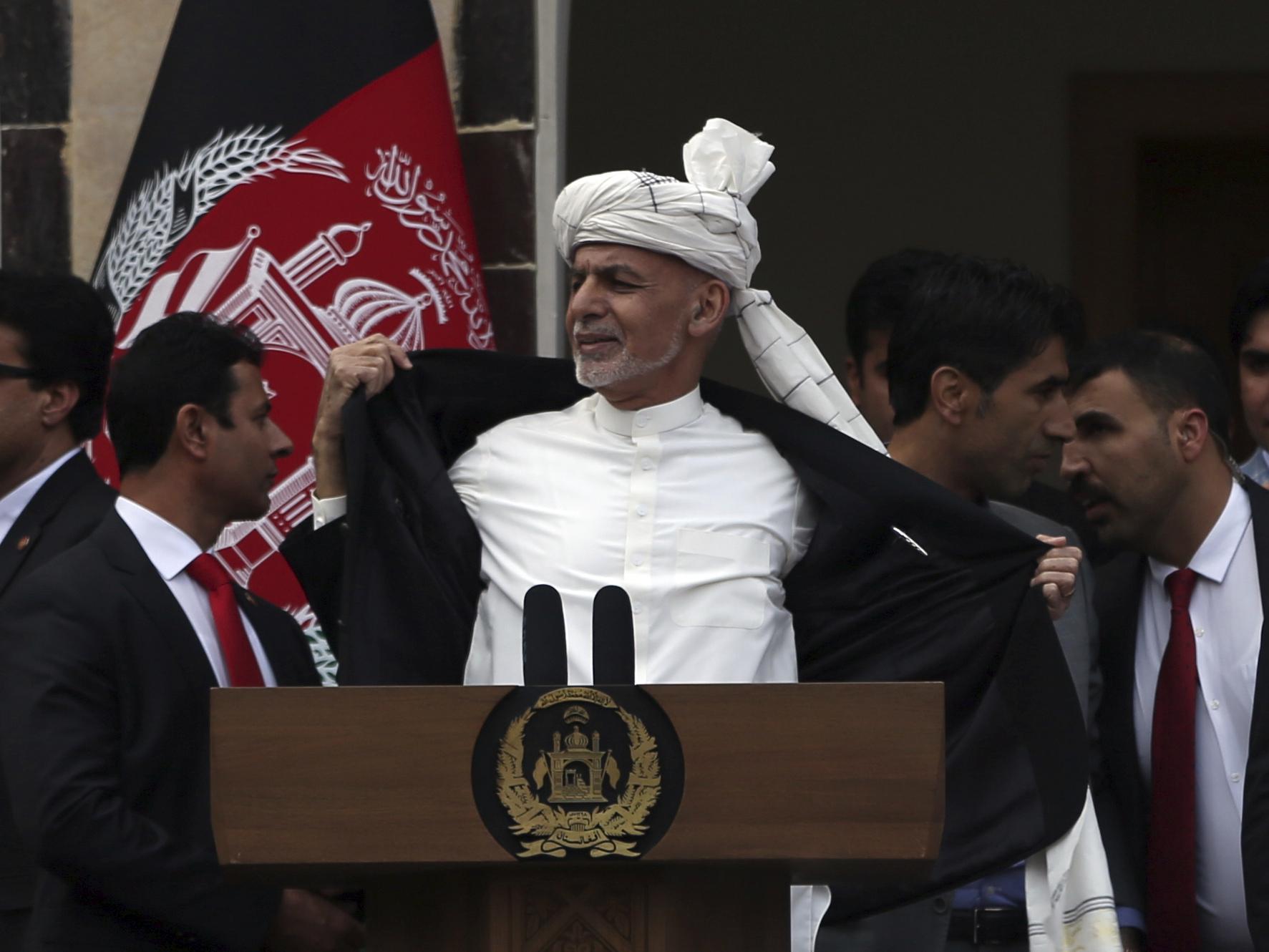 The United States chief of investigation of misuse of US aid money is investigation whether or not the ex-Afghan President Ashraf Ghani escape the country with millions of dollars swindled money.

However, as this probe is going on, a senior member of Ghani’s security staff said that he has video proof of the alleged theft.

Brigadier General Piraz Ata Sharifi, who headed Mr Ghani’s bodyguard, said in an interview that he not only saw huge bags of cash being transferred but also acquired a video clip from a CCTV camera.

“One of my jobs was to disarm the soldiers on guard at the ministry before the president arrived, for his security,” Mr Sharifi told the Daily Mail Online from a hideout in Afghanistan. Mr Sharifi, wanted by the Taliban for interrogation, is hiding at an undisclosed location in Afghanistan. The Taliban have announced a reward of one million Afghanis for his arrest.

“I have a CCTV recording from the palace which shows that an individual at the Afghan Bank brought a lot of money to Mr Ghani before he left,” Mr Sharifi claimed. “Hundreds of millions, perhaps billions of dollars. There were many big bags, and they were heavy.”

He said he was disappointed as he liked Mr Ghani. “This money was for the currency exchange market.

Earlier this week, the US government’s inspector general in charge of investigating misuse of aid money in Afghanistan told Congress he’s “looking into” claims that Mr Ghani and his subordinates stole millions of dollars before fleeing.

“We haven’t proven that yet. We’re looking into that,” Inspector General John Sopko said during a House hearing on Afghanistan.

“But again, those are just allegations. We have not confirmed any of those yet,” he said.

Each Thursday, the dollars were brought for that purpose. Instead, it was taken by the president. Mr Ghani knew in the end what would happen. So, he took all the money and escaped.”

Mr Ghani, however, has denied the allegation that he left Kabul with four cars and a chopper full of $169 million, adding that he left Afghanistan unceremoniously to avoid a bloodshed. His abrupt departure allowed the Taliban to take Kabul two weeks before the US troop pullout.

Last month, White House Press Secretary Jen Psaki told reporters that so far, they had no evidence of Mr Ghani’s involvement in this theft, but the Biden administration would let the United Nations probe the allegations. “We’d defer to the UN on that. I don’t have any further comment from here,” she said.