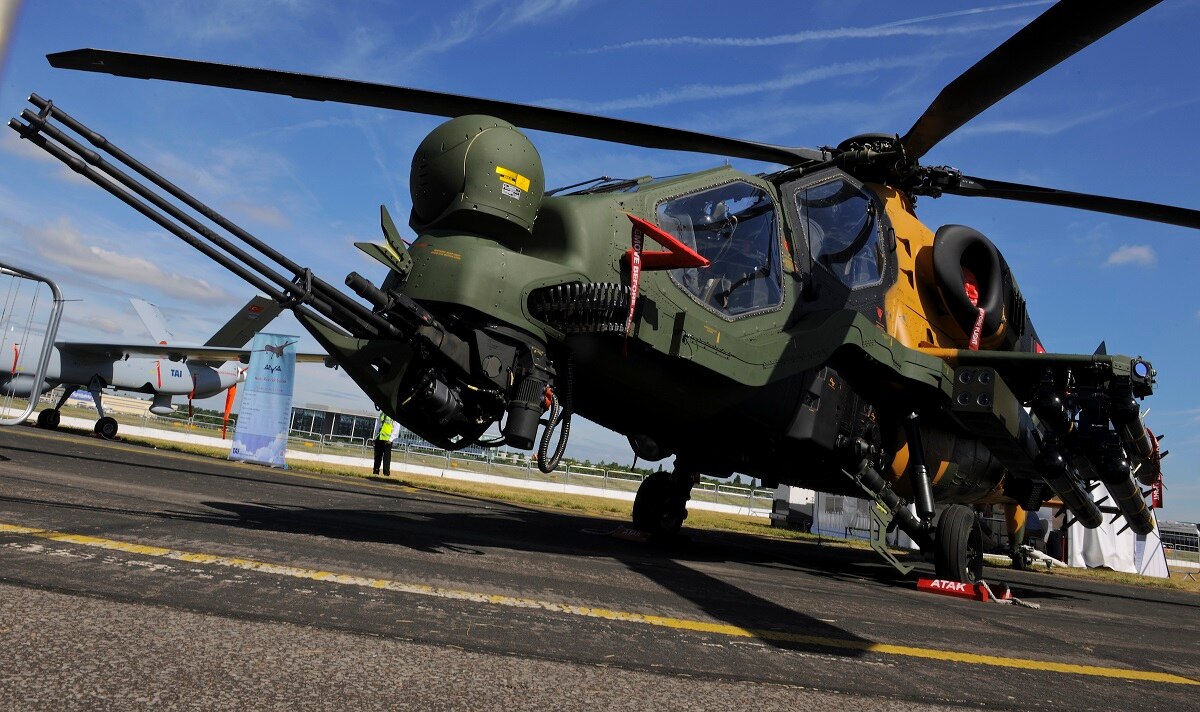 According to Bloomberg News, Turkey’s presidential spokesman Ibrahim Kalin told reporters on Monday that “the US has blocked Turkey’s helicopter sale to Pakistan, which will likely lead to Islamabad buying it from China.”

The ATAK T-129 is a twin-engine, tandem seat, multi-role, all-weather attack helicopter based on the Agusta A129 Mangusta platform and is equipped with American engines.

The US is holding up export clearance for the LHTEC engine.

The blockade could “cause more harm” to US interests, Mr Kalin added.

Turkey and Pakistan signed a $1.5 billion deal for the Turkish-made helicopter gunships in July 2018. But the delivery date was pushed back after the Pentagon refused to issue the Turkish company an export license for the engines.

The Turkish official mentioned the US blockade while briefing journalists on the impact of US sanctions on Turkey, triggered by Ankara’s decision to buy S-400 missiles from Russia.

He said Turkey was forced to buy Russian missiles because Washington had refused to supply Patriot air defense missile systems to Ankara on favorable terms. The sanctions are designed to deter any country from signing military deals with Russia and restrict US loans and credits to a defaulter.

Developed by Turkish Aerospace Industries (TAI) in partnership with a European firm, Agusta-Westland, the ATAK T-129 helicopter is designed for advanced attack and reconnaissance missions in hot and high environments in both, day and night conditions.

The United States announced the first blockade in July 2019, days before a meeting between the former US president, Donald Trump, and Prime Minister Imran Khan in Washington.

In January 2020, the head of Turkey’s Defence Industries (SSB) said that Ankara and Islamabad had extended the delivery deal by another year to ensure a smooth delivery. The agreement gives Pakistan the option to buy the Chinese Z-10 helicopters should the Turkish deal not materialize.

Reports in the Turkish media said that the Turkish-built T-129 ATAK helicopter was still on the Pakistan Army shopping list.

In August 2020, Turkey hired a Washington law firm to lobby with the US administration and Congress for securing an export license which will help complete its biggest-ever defense deal with Pakistan.

The US firm Greenberg Traurig and its subcontractor were paid a monthly retainer of $25,000 to lobby for the deal.

The latest blockade, however, is likely to force the two allies to cancel the deal, persuading Islamabad to look for other options.

US officials in Washington were contacted for comments on the announcement made in Ankara but did not respond.