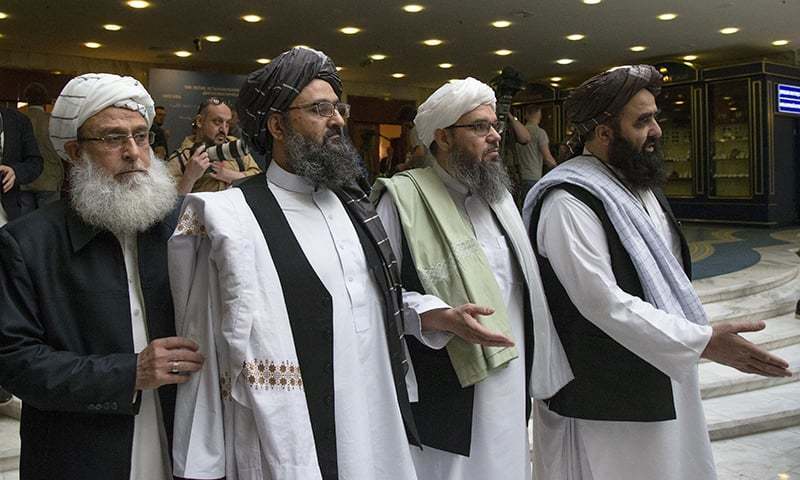 WASHINGTON: The US Treasury Department has issued licenses to facilitate humanitarian aid and financial assistance to the people of Afghanistan, while upholding sanctions on the Taliban.

“Treasury is committed to facilitating the flow of humanitarian assistance to the people of Afghanistan and other activities that support their basic human needs,” Andrea Gacki, director of the US Treasury’s Office of Foreign Assets Control said in a statement.

The facilities, announced on Friday evening, follow an understanding among Pakistan, the United States, Russia and China to hold Taliban to the promises they made when they seized control of Kabul in mid-August.

“Pakistan has always believed that the Quad provides an effective platform for sustainable peace in Afghanistan,” the country’s US Ambassador Asad Majeed Khan told Dawn in Washington.

Two of the four nations — Pakistan and China — have borders with Afghanistan while the two others — the United States and Russia — have been involved in military expeditions in the war-torn country.

The four apparently reached this understanding after consultations during the 76th session of the UN General Assembly (UNGA). Foreign Minister Shah Mehmood Qureshi represented Pakistan in these talks during his week-long stay in New York.

Russia’s Foreign Minister Sergey Lavrov announced this understanding among the four nations in his address to the UNGA on Friday and later reconfirmed it at a news briefing as well.

But Mr Lavarov also said that international recognition of the Taliban was “not on the table yet.”

Earlier during the session, UN Secretary General Antonio Guterres alerted the international community that Taliban’s desire for such recognition was the only leverage they had over Afghanistan’s new rulers.

“What’s most important … is to ensure that the promises that they have proclaimed publicly [are] to be kept,” Mr Lavrov said at a news conference on Saturday afternoon.

In Washington, the Treasury said the two general licenses they issued would ease crushing US sanctions on the Taliban from impacting Afghan civilians. The sanctions freeze any US assets belonging to the Taliban and bar US citizens from engaging in transactions with them, including the contribution of funds, goods or services.

At the United Nations, Unicef’s Executive Director Henrietta Fore warned at a Ministerial meeting that “nearly 10 million girls and boys in Afghanistan depend on humanitarian assistance just to survive.”

She also warned that at least one million children will suffer from severe malnutrition this year and could die without treatment.