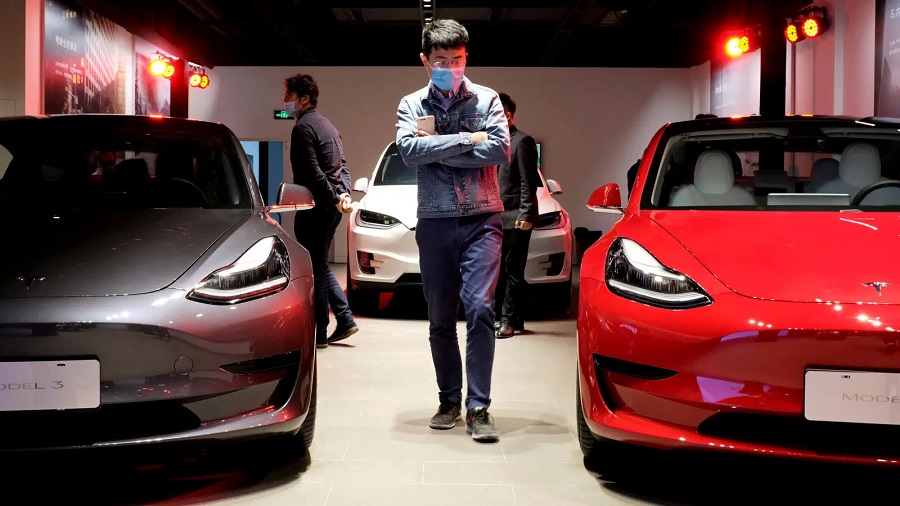 DETROIT — The US Commerce Secretary said the United States will miss the target of electric vehicles production.

Demand for computer chips is already far outstripping supply, a problem that will intensify with widespread adoption of electric cars, which require more chips per vehicle, Raimondo told journalists before meeting with automakers and delivering a speech about the chip shortage Monday in Detroit, Washington Post reported today.

She urged Congress to pass the Chips Act, which would authorize $52 billion in subsidies for domestic semiconductor manufacturing and research. The Senate passed the bill in June, but the House has not yet cleared it.

The Biden administration is aiming to make half of all new vehicles sold in 2030 zero-emissions vehicles, including electric, plug-in hybrid or fuel cell electric vehicles.

“We will not hit those goals if Congress does not quickly pass the Chips Act,” Raimondo said. “We are wasting time, precious time, every day that the Chips Act isn’t passed and appropriated in Congress.”

“Probably the car you drive now has hundreds of chips. The electric vehicle that we want you to buy over time has two thousand chips,” Raimondo added in her speech to the Detroit Economic Club. Other countries have subsidized semiconductor manufacturing for years and the United States must, too, she added.

“China, Taiwan, the E.U., other countries all around the world, they are not waiting. They are incentivizing and subsidizing the production of chips right now, and they have been for a long time,” Raimondo said.

A global shortage of semiconductors has hobbled the auto industry for the past year, forcing many automakers to suspend production for weeks at a time. Demand for the components is soaring as more consumer goods become computerized and as Americans ramp up spending on electronics of all kinds. But chip supply is scarce because semiconductor factories are extremely expensive and time-consuming to build.

In this article:Biden goal to be missed, electric vehicle, secretary commerce, United States