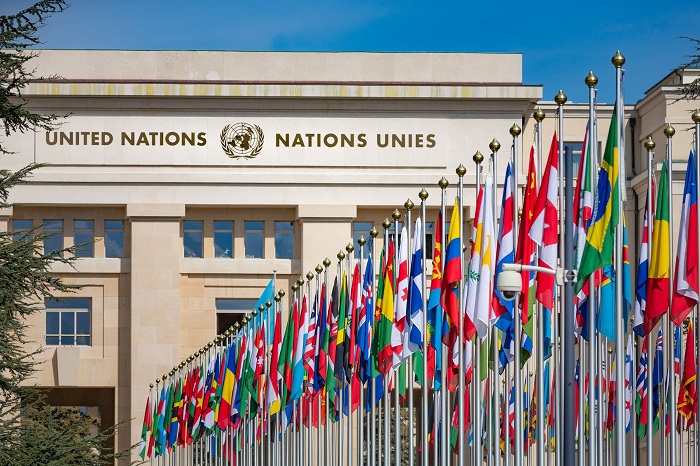 The world’s champion of human rights and humanitarian activities, the United Nations is sending thousands of Palestinian teachers on unpaid leave who are teaching in the UN-funded schools.

Slama Omar has been teaching science at a school run by the United Nations Relief and Works Agency (UNRWA) for the past four years. In the first year, she enjoyed doing her job. It suited her skill set and gave her financial stability.

Compared to other teaching jobs, teachers at the UNRWA-run schools are moderately well paid.

But last month, Slama was gutted to hear that the UNRWA has rolled out a new law called “exceptional unpaid leave,” which affects her directly. The agency recently informed its staff that it cannot pay the monthly salaries of at least 28,000 employees for the next two months and all its local employees in four countries – Palestine, Jordan, Syria, and Lebanon – will have to go on “exceptional unpaid leave” for at least four months, TRT.World reported today.

The law is seen as a tool to offset the costs of the UNRWA, which is suffering from a lack of funding. Although the US announced financial support of $135m to the agency in July, the UNRWA has still been running a financial deficit of $120m.

The Arab countries have also reduced their share of funding by 90 percent and the British government by 50 percent, according to UNRWA media advisor Adnan Abu Hasna.

After hearing about the exceptional leave, Slama has been living with the constant fear of losing her job, which allowed her to put food on the table and look after the needs of her three children. Since Gaza’s tragic economic situation, exacerbated by the 14-year Israeli blockade, has choked work opportunities, it has left people like Slama vulnerable.

“As being a UNRWA employee, I receive a salary of $1,000 a month, leaving me to provide my family with a much better life than before working here,” she said.

“Five years earlier, I worked in public schools, receiving half of my total salary, $300, that was insufficient for my family basics,” she clarified. “Sometimes, I didn’t receive salaries for more than 50 days, leaving me and my husband in debt to provide the minimum needs.”

It was not the first time that Salma had this feeling.  She experienced it amid the ongoing UNRWA financial crises, particularly after former US President Donald Trump cut off funds to the agency in 2018.

“I don’t know how this agency, which was created to provide help for Palestinian refugees, dared to set such an unjust law against us and leave us without salaries for months amid our bad living conditions,” she said. “We have endless debts that we must repay, or my husband will go to jail and lose his job.”

“In case of this decision, we won’t have any other source of income except for the half salary of my husband, (who is) employed with Gaza government,” she clarified. “We will hardly provide for our minimum basics from his salary to repay the debts.”

“I might go into more debts to repay the old ones just to keep his salary for us,” she added.

According to the UNRWA’s Union Staff head, Amir al-Mishal, should the agency refuse to cancel the employee suspension by the end of the 21-day deadline, the dispute will turn into an open strike.

Al-Mishal considered the exceptional leave very dangerous since it could lead to the suspension of UNRWA services, including health care, education, and assistance for a million refugees. This is in addition to suspending 28,000 employees from work without salaries until further notice.

“It is unfair from this agency, which was created to provide help for Palestinian refugees, to set this decision, even if it is passing through financial difficulties,” he said.

“The agency will use this leave to deliberately deprive them the salaries of these months even after the crisis is over,” he clarified, pointing out that this will impact the lives of its employees.

“Those employees have financial obligations other than providing their family basic needs, and thus the salary suspension could lead them to imprisonment,” he added.

In addition to the employees, the leave threatens a million refugees, who make up 90 percent of the Gazan population, with the loss of their medical benefits, which are provided in 22 UNRWA clinics in different areas in the city.

Samar Atef, who works as a UNRWA doctor, fears the recent decision has terrifying consequences for patients who are used to obtaining their medical checkups and treatment.

“UNRWA offers free treatment and medication for its patients, as many can’t afford the medications either in government or private hospitals.”

“Once implementing the decision, patients won’t find a doctor to treat them and medications to take; the children won’t be able to get their vaccines when needed or pregnant women to get health care,” she explained.

“Various kinds of diseases could spread in refugee camps due to the lack of sanitation workers and street sweepers if we are on leave one day,” she added.

Among patients is Seham Abed, 61 years, who gets free treatments from the agency due to her high blood pressure and diabetes.

“Every month, I go to my neighbouring UNRWA clinic, following up my health conditions and obtaining the essential medications and dietary supplements that I need to keep my health,” she said.

“I don’t have enough money to purchase these medications from a pharmacy since my husband is a retired employee who hardly provides for our basics,” she clarified, adding, “I fear being unable to get treatment and that my health gets worse after the agency becomes out of service.”

Deprived of good education amid a lack of funding

Amid the lack of UNRWA funding in recent years, over 60 percent of Gazan schools have been on double shifts, and 7 percent of others are operating with three shifts. This negatively affects the quality of education for nearly 278,000 students studying in 274 schools in the strip, according to Abu Hasna.

He clarified the recent Israeli attacks partially destroyed a few schools, and others are used as shelters by refugees after the destruction of their houses during the aggression. This has forced the agency to operate some remaining schools on a three-shift system.

Samah Rabah is a mother of a 10-yeard UNRWA student, Ahmed Abed, who attends the 4th grade. She complains about the quality of education the agency has provided in recent years.

“I know there are 50 students in my son’s classroom, and this has negatively affected his educational level,” she said. “I sometimes find him not understand every detail of his lessons explained by his teachers.”

“When I ask him about that, he says the reason is chaos caused by uncontrolled students,” she clarified. “I am therefore forced to follow up with him to explain the unclear things, as he is known by his teachers as very smart.”

“The agency, however, provides free education for us, unlike in private and public schools,” she said, adding that the agency’s education used to be better than it is now.

“Unlike my son, there were 35 students in my class, and we go entrainment activities, which are unavailable nowadays,” she explained. “I think the lack of funding has ruined the educational system.”

“What is worse than this for my son?” she asked.  “Will the (unpaid) leave have more terrifying impacts than this?”

The chief of the International Commission to support Palestinian rights, Salah Abdulati, condemned the UNRWA’s financial crisis that has been ongoing since former US President Donald Trump cut off the funding of $360m in 2018. This was followed by gulf countries cutting off funding.

Current US president Biden has exploited the UNRWA financial crisis to make a new deal with the UNRWA administration to fund the agency again. According to Abdulati, this is in exchange for new conditions that violate UN resolutions regarding the Palestinian right of return, including the resolutions of 181 and 149.

He said the deal restricts employees’ freedom to speak against Israel, or on issues of Palestinian resistance against Israel. It also restricts curriculum reflecting Palestinian values, such as the right of return, and discourages providing services for first-degree refugees.

Abdulati considers the agreement very dangerous since now US funding is contingent on political conditions. He feels these aim to cancel the Palestinian right of return and gradually reduce refugee causes his group has been working on in recent years, such as UNRWA services for Palestinian refugees.