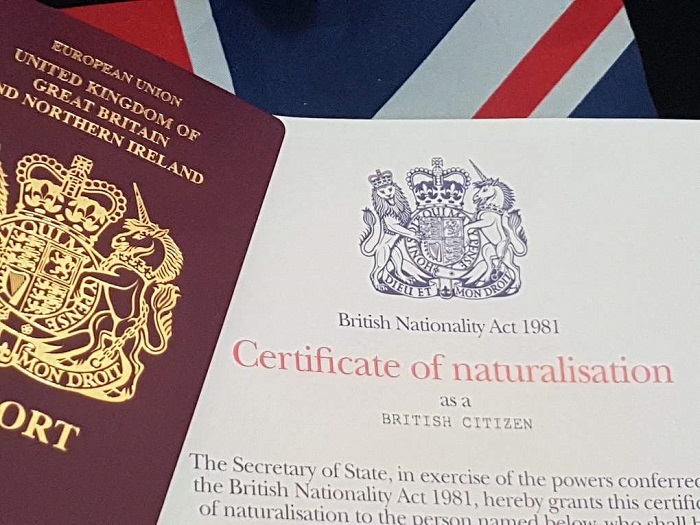 The United Kingdom has passed a new law which allows the government to cancel citizenship any person without giving prior notice.

People in the United Kingdom could lose their citizenship without prior notice or warning because of a change in a rule silently proposed to the Nationality and Borders Bill. Updated earlier this month, the bill exempts the government from having to issue a notice if it is not “reasonably practicable” to do so.

The government can take this action in the interests of national security, diplomatic relations or otherwise in the public interest, the newspaper added.

The new rule appears to allow authorities to apply it retrospectively in cases where a person’s citizenship was taken away without notice before the proposed change became law.

This puts in question the individual’s ability to file an appeal. Home Office powers to strip the people of their citizenship were enforced after the 2005 London bombings.

Their application increased under Theresa May’s office tenure as home secretary from 2010. These powers were broadened in 2014.

The Home Office says: “British citizenship is a privilege, not a right. Deprivation of citizenship on conducive grounds is rightly reserved for those who pose a threat to the UK or whose conduct involves very high harm.

“The nationality and borders bill will amend the law so citizenship can be deprived where it is not practicable to give notice, for example if there is no way of communicating with the person,” it says.

According to critics, stripping people of citizenship is already a contentious power, and making the requirement unnecessary for notice would make the home secretary’s powers even oppressive.

Other proposed changes in the bill have already drawn criticism. These include rendering claims from anyone arriving in the UK by an illegal route inadmissible, and giving Border Force staff immunity from prosecution if someone dies in the Channel during “pushback” operations.