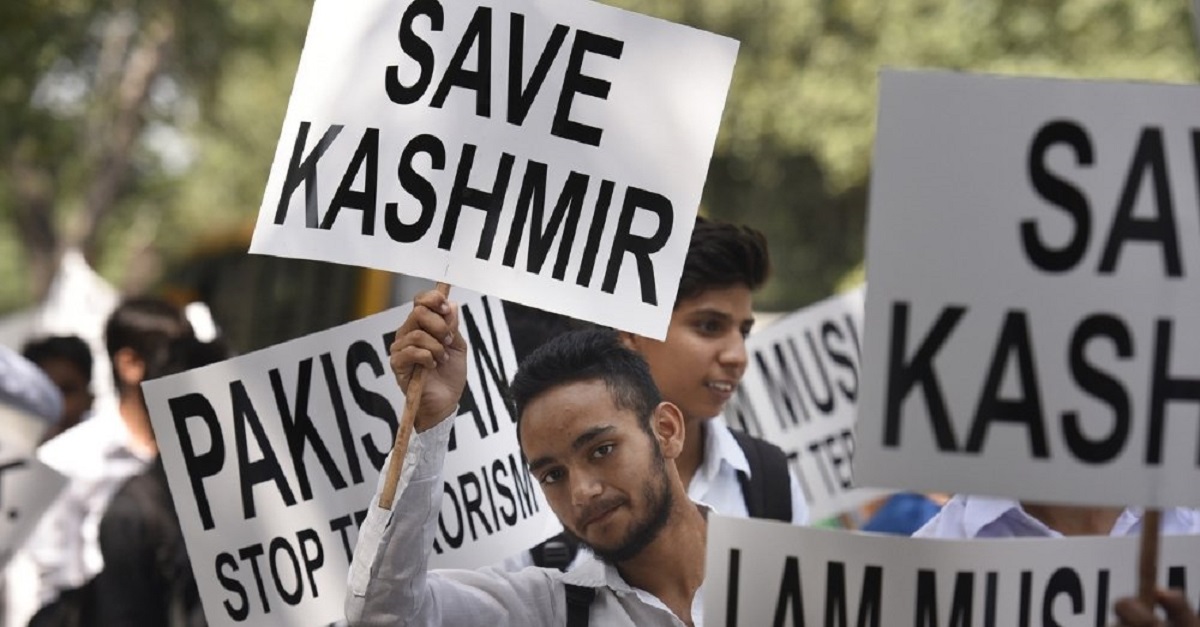 Two years after the Modi administration stripped Indian-administered Kashmir of its limited autonomy, political activity in the disputed region is in a deep freeze, businesses are struggling, while people’s rights are being suppressed through stringent laws.

On this day two years ago, India’s Hindu-nationalist government led by Prime Minister Narendra Modi scrapped the region’s special status guaranteed by India’s constitution decades ago and turned the country’s only Muslim-majority state into a federally controlled territory.

The move included the removal of a ban on permanent settlement of non-Kashmiris in the region, a step that locals fear is aimed at bringing demographic changes in the region, says a special report published by Al-Jazeera.com.

The right-wing Bharatiya Janata Party (BJP) government claimed the changes would result in a better development of the region and boost its economy. But experts and political analysts say the situation has only deteriorated in the last two years.

The last state elections in Indian-administered Kashmir were held in 2015, when a regional pro-India party, the People’s Democratic Party (PDP), allied with the BJP to form the government.

The region has a group of political parties considered loyal to New Delhi. They contest regional and national elections, which are boycotted by the region’s separatist groups, who demand either a merger with neighbouring Pakistan or an independent nation.

In 2018, the BJP withdrew its support to the PDP, toppling the government and putting the state under the direct rule of New Delhi.

The next year, as the Modi government scrapped Articles 370 and 35A which granted Indian-administered Kashmir its autonomy, dozens of politicians from the region, including three former chief ministers belonging to pro-India parties, were arrested. Some of them continue to be in jails.

Meanwhile, the region was split into two federally controlled territories – Jammu and Kashmir, and Ladakh – and no legislative elections have been announced so far.

Between November to December last year, multi-phase local elections were held in the region to elect 280 district development councillors. Analysts said the polls were an attempt by New Delhi to show “normalcy” in the disputed Himalayan region, also claimed by Pakistan.

While the elected members of the district development councils have no powers to legislate or amend laws, many of them have been since confined to hotel rooms in different places and barred from visiting their constituencies due to “security threats”.

Many elected councillors, angry over the government’s treatment, have threatened to resign.

The region’s pro-India politicians say the government’s controversial decisions “have damaged the very bond of our relationship with the union of India”.

“There is no political space left for anyone,” Mohammed Yousuf Tarigami, a former minister and four-time legislator from the Communist Party of India-Marxist (CPM), told Al Jazeera.

Tarigami is convener and spokesman of the People’s Alliance of Gupkar Declaration (PAGD), a coalition of six parties demanding the restoration of the region’s autonomy and statehood.

He said a fallout of the BJP government’s 2019 decision has been “a process of throttling  of democracy and democratic rights, which have resulted in a forced silence” in the region.

“Unconscionable suppression of civil and democratic rights continues unabated. Indiscriminate arrests and harassment of all sections of our people, including government employees, on different pretexts continues.”

There are reports that the federal government has made future elections subservient to what is called delimitation, which means redrawing the region’s assembly constituencies. Residents fear the BJP aims to increase seats in the southern Jammu area of the region in order to reduce the representation of the Kashmir valley in the state assembly.

A 78-page report, titled Two Years of Lockdown: Human rights in Jammu and Kashmir, released by an Indian civil society group, Human Rights Forum Jammu and Kashmir, on Wednesday concluded that the security situation in the Himalayan region has worsened.