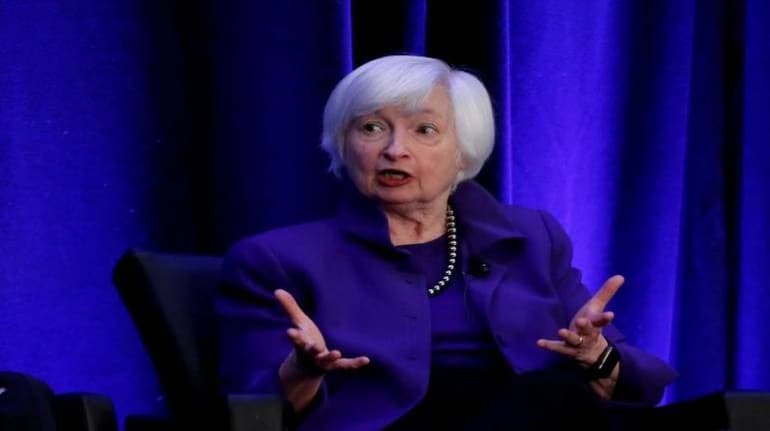 Washington: U.S. Treasury Secretary Janet Yellen cautioned on Friday that the US will likely hit the $31.4 trillion statutory debt limit on Jan. 19. Yellen’s letter reinforced that the debt ceiling limit is an issue that Congress will have to deal with soon. Though experts don’t see it as an immediate problem but once the limit is reached it will force the Treasury to launch extraordinary cash management measures. This would help avert an otherwise impending US debt default until early June.

In a letter to new Republican House of Representatives Speaker Kevin McCarthy and other congressional leaders, Yellen urged the lawmakers to act quickly to raise the debt ceiling to “protect the full faith and credit” of the United States. She added “once the limit is reached, Treasury will need to start taking certain extraordinary measures to prevent the United States from defaulting on its obligations”.

While she said “it is unlikely that the government will exhaust its cash and the “extraordinary measures” before early June, she warned of “considerable uncertainty” around that forecast. She urged lawmakers to “act in a timely matter” to increase or suspend the debt limit.

Failure to meet the government’s obligations would cause irreparable harm to the US economy, the livelihoods of all Americans, and global financial stability,” she wrote.

The debt limit is the maximum that the federal government is allowed to borrow. The Congress had set a limit level more than a century ago to curtail government borrowing. Though it has in the past raised the debt limit to avoid a default on US debt that economists have warned would be “financial Armageddon.” That’s what lawmakers did in late 2021 following the last standoff over the debt ceiling.

However, these moves will not affect retirees’ ability to access their savings, experts said. The funds will be made whole once the impasse is settled, Yellen wrote.

The policy expert Shai Akabas, director of economic policy at the Bipartisan Policy Center say, “this is not the time for panic. We are many months away from the US being unable to meet all of its obligations, but it is certainly a time for policymakers to begin negotiations in earnest.”

The analysts however surmise that the Treasury Department’s bid to can adopt and continue the “extraordinary measures” will depend in part on how much 2022 tax revenue the government collects this spring. Besides the inflation and interest rates have risen faster than some experts estimated last year.

House Republicans are preparing contingency plans, but dealing with the debt ceiling limit will not be an easy task for Congress, especially now that the GOP has taken control of the House. It is expected to unleash a battle between conservatives GOP members, who want to tie any lifting of the limit to spending cuts, and Democrats, who fiercely oppose any reductions.

McCarthy, in part of his negotiations to become speaker, promised to pass a proposal by the end of March telling the Treasury Department which payments should be prioritized if the debt ceiling is breached, GOP Rep. At a news conference Thursday, McCarthy took a hard line over the debt limit.

McCarthy is stuck in the middle, with his party holding only a razor-thin majority in the chamber. Also, any member can call for a motion to vacate the speaker’s chair, one of several concessions McCarthy made to gain the top post after 15 rounds of voting last week.

Roy, one of the key players in the standoff over McCarthy’s speakership, cautioned that the contours of the proposal are still being worked out, noting there are several different versions of a payment prioritization plan circulating inside the House GOP.

The White House said Friday it will not offer any concessions or negotiate on raising the debt ceiling. “We will not be doing any negotiation over the debt ceiling, but broadly speaking, at the start of this new Congress, we’re reaching out to all the members … making sure that we have those connections with those new members,” White House press secretary Karine Jean-Pierre said.

While Yellen reminded that in the past “there’s been a bipartisan cooperation when it comes to lifting the debt ceiling, and that’s how it should be.” It should not be a political football,” she added. “This is not political gamesmanship, and this should be done without conditions.”

Asked why Yellen was notifying Congress just six days before the debt limit is reached, Jean-Pierre referred those questions to Treasury, but said the “sooner Congress acts the better.”