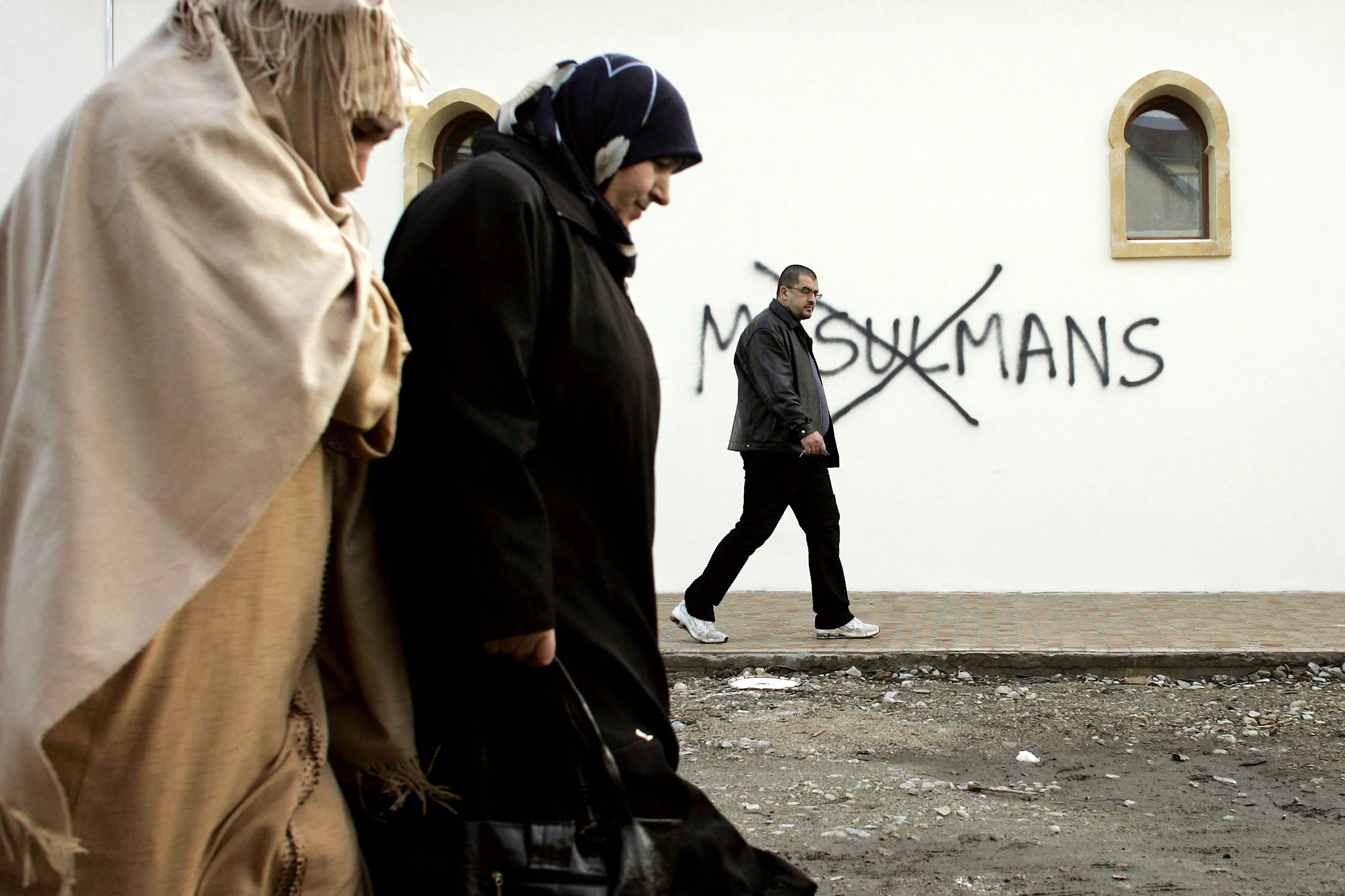 The rise of islamophobia in the post-9-11 era continues to spiral upwards across the West, with no end in sight to the Muslim communities that have been integral to these countries for decades if not centuries.

On 6 June 2021, the Afzaal family went for a walk in London, Ontario. Little did the family members – Salman, Talat, Madiha, Yumna, and Fayez – know that this would be the last time they were going out, for they had to pay a heavy price for having faith in Islam.

Upon investigating the case, police found out that the attack on the Afzaal family was intentional and was categorized as a hate crime. The attack left the Muslims residing in Canada bewildered and petrified.

This is not the first time that Muslims in Canada have been targeted. Around a year ago, Ejaz Ahmed Choudary, a schizophrenic father, lost his life for being a Muslim in Canada at the hands of Ontario police.

Canada is not the only country where religion-based crime takes place. For example, France is home to the largest Muslim community in Western Europe. In 2020, 235 attacks on Muslims were reported, with a 53 percent increase from 2019. Most of these attacks took place in Paca, Rhône-Alpes, and Ile-de-France. Attacks on mosques also experienced a

35 percent increase from the previous year.

European far-right extremists have been targeting Muslims in particular, and French Muslims are suffering the most. Members of the French parliament have openly talked about their anti-Muslim and anti-Islam views, which has left the Muslim community fearful.

Emmanuel Macron is considered a liberal leader. Still, his liberalism has strong views against Muslims, making one wonder about his political ideology, which won him the election in the first place.

In October 2020, Macron’s government announced an anti-separatism law, slamming massive restrictions on the Muslim community. With the announcement, Macron has become a figure of hate in Muslim countries and is the cause behind many internal controversies.

Six percent of the French population is Muslim and having an anti-Muslim government in the residing country is devastating, to say the least.

Islamophobia gained popularity in the West after the 9/11 incident. The belief that Muslims are terrorists has created numbness in Canadians regarding civil rights breaches and otherwise. Media channels portray it as anti-Muslim sentiments, while political leaders deal it under international security, passing anti-terrorism laws.

Citizens of western countries descended from immigrants of colour have often been reported as being subjected to extra security checks and being questioned on their “Americanness,” “Canadianness,” “Frenchness,” etc. Brown Muslims are not only targeted by white supremacists but also by the government.

Angus Reid Institute conducted a study in 2017 to study religious discrimination. The results showed that Canadians did not have favourable views of Islam, Sikhism, and Hinduism. In addition, they rated the mentioned religions as being lower than Christianity, Judaism, and Buddhism, respectively.

Azeezah Khanji, a legal scholar, conducted another study that concluded that more than 50 percent of Canadians believed that they

could not trust Muslims. They thought that Muslim mosques should be under surveillance by the government. In addition, 46 percent of Canadians believe that Muslims face discrimination because of their own fault.

The use of Islam by terrorist organizations has defamed the religion and its followers. When white people commit crimes, they are seen and treated as individuals with access to all legal rights. However, when a Muslim commits a crime, they are seen as a product of their community and labelled as terrorists by the media and other state institutions.

Words like liberalism are thrown around in communities to get validated in social circles these days. However, what is forgotten is that liberalism entails accepting others just as they are. This means accepting their race, ethnicity, faith, sex, etc.

People of colour, be it brown or black, find themselves at the centre of conflicts more often than necessary, rarely because of their own wrongdoing. When members from marginalized communities commit crimes, the entire community or religion is held responsible for it.

The multicultural images displayed by western media hide the reality of what actually goes around. People are forced to believe that the West is home to mosaic nations, concealing harsh realities that take place in the form of racial, religious, and other forms of discrimination.

Global politics and societal beliefs, especially in Europe and the Americas, took a 180° shift post 9/11. The societal beliefs and multicultural discourse fell out of alignment as the words ‘Muslim’ and ‘terrorist’ became synonymous.

Biased media reporting and western politicians’ rhetoric are only adding fuel to the fire. Muslims are becoming victims of oppression all around the world. Voices of the radicalized are only heard once extreme acts of violence take place.

Islamophobia has become a burden that Muslims cannot carry anymore. Whether online or offline, hostility towards Muslims only shows how deeply rooted and problematic white supremacists’ perspectives are. Moreover, it completely negates the ideals of Western Liberalism when racial inequities take place on a daily basis. To conclude with a quote from Abhijit Naskar: “Discriminations suit animals, not humans. And yet, the unfortunate reality is that humans discriminate against each other on the grounds of imaginary labels, not the animals. This way, animals are more civilized than humans.”