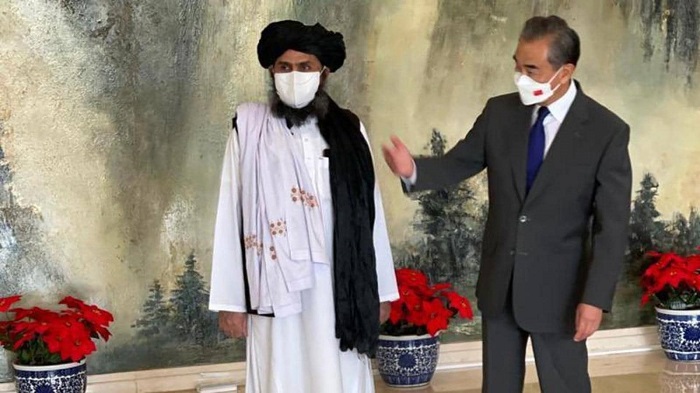 A 9-member delegation of the Taliban is on a 2-day visit to China where they held meeting with the Chinese foreign minister for talks on the peace process and security issues.

Taliban spokesman Mohammad Naeem tweeted today that the politics, economy and issues related to the security of both countries and the current situation of Afghanistan and the peace process were discussed in the meetings with Chinese officials.

Security in Afghanistan, with which China shares a border, has been deteriorating fast as the United States withdraws its troops by September. The Taliban has launched a flurry of offensives, taking districts and border crossings around the country while peace talks in Qatar’s capital have not made substantive progress.

The Taliban, however, are holding meetings at international level to get support, off-set propaganda to form government in Afghanistan with consent of the key stakeholders.