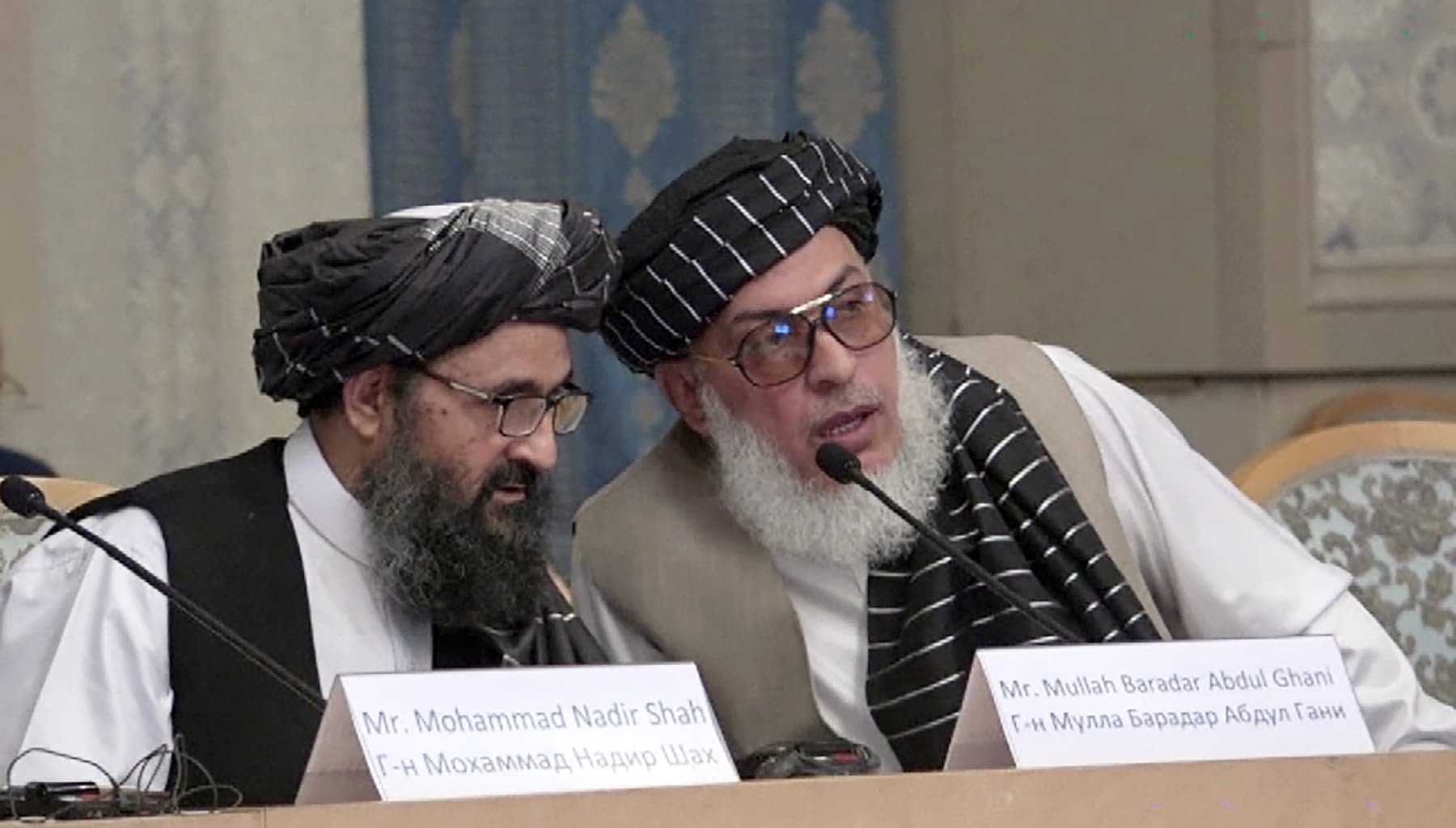 On Tuesday, US Special Representative for Afghanistan Reconciliation, Zalmay Khalilzad met with the head of the Taliban’s political office in Doha, Mullah Abdul Ghani Baradar, and the new head of the Taliban’s negotiating team, Abdul Hakim Haqqani, to discuss the upcoming intra-Afghan negotiations. This meeting comes in the aftermath of a major shift on the Taliban side as earlier in the week, Taliban supreme leader Haibatullah Akhunzada announced that a new, 21-member team responsible for these negotiations will be headed by Haqqani and not Baradar, a co-founder of the Taliban.

But perhaps more importantly, Haqqani replaces Abbas Stanekzai, who was a part of the team that negotiated the recently inked US-Taliban agreement and was supposed to lead the negotiations before Akhunzada’s announcement. Does this shift reinforce Pakistan’s role in the negotiations? Or is this measure a reflection of the seriousness on the Taliban side to move forward a process that has been delayed since March?

Abdul Hakim Haqaani is the former defacto Chief Justice for the Taliban. His newly constituted 21-member team will also include 13 members from the “Rehbari Shura” or Leadership Council, the powerful decision-making body of the insurgents. Taliban officials argue that the appointment of Hakim Haqqani is aimed at making the negotiations team more acceptable to the Taliban at large, especially the military commanders and foot soldiers, who hold religious scholars in high esteem.

“The nomination of Sheikh Hakim also aims an attempt by the Amir-ul-Momineen (commander of faithful) to avoid any controversy over the possible decisions in intra-Afghan negotiations,”

A Taliban negotiator told The Truth International this week.

“Formation of a strong and powerful team, is also a message for the Kabul administration and the world that we take the intra-Afghan negotiations very seriously that is expected to end the 20–year of war in Afghanistan,”

Said the Taliban leader, who did not want to be identified by name.

The negotiations were initially scheduled to start on March 10 but the Taliban refused to join the process unless the Afghan government released 5,000 Taliban prisoners. The government has now freed almost all prisoners. Taliban have also freed 1,000 government prisoners under the deal.

“The Amir-ul-Momineen (chief) Sheikh Haibatullah has appointed Sa new team for intra-Afghan negotiations. I have been assigned to lead a 20-member team including 13 members of the Rehbari Shura (Leadership Council). There is 65% share of the leadership council’s members. This is a powerful and competent team. The team will be independent in its work for talks with Afghans, the Americans, and other sides to pursue peace process, discuss the prisoner issue, implementation of the agreement between the US and Afghans…. The team is called “Da Bain-ul-Afghani Muzakirato Riasat” (The Directorate of Intra-Afghan negotiations). This will be an independent directorate and will be in direct contact with the ‘Amir-ul-Momineen (commander of faithful) and answerable to him.”

Of particular importance is Stanekzai’s approach to regional partners that may have Islamabad concerned and may also have triggered the change. In what seemed to have been an invitation to India to play a bigger role in the peace process, he said,

“We welcome any country if it takes positive steps related to the peace process. We invite them to meet us face-to-face with the negotiation team and cooperate with it in its work.”

“I want to appeal to our neighbors especially Pakistan, Iran, Tajikistan, Uzbekistan, Turkmenistan, and China to play their role in a positive way to take the peace process forward. We also want regional countries like Russia, India, and Gulf countries, Middle East, which are involved in the Afghan issue to remove all hurdles in the way of the peace process and to pave the way for the positive conclusion of the intra-Afghan negotiations to restore peace and security in Afghanistan.”

Intra-Afghan negotiations were due to start in March this year. But a major sticking point between the parties was the release of prisoners. And until that issue is resolved, Stanekzai does not seem to be willing to start the process.

“There are certain logistic problems that will be removed in a short period to start the negotiations. The other side is not ready as they have not yet completed the process of the release of 5,000 Taliban prisoners in accordance with the US-Taliban agreement. Over 300 are still in jails. We have freed 1,000 as per our commitment. The talks will start when the process of release of prisoners is completed.”

But the release of prisoners is not very straightforward. France and Australia have opposed the release of some Taliban who were accused of killing their nationals in Afghanistan. This has further delayed the release of 320 prisoners despite the Loya Jirga’s approval. Yet the Taliban’s patience on the issue seems to be running thin. He argues that these objecting countries have not spoken to the Taliban directly.

“The list of our prisoners was shared with the Americans two months before signing of the agreement on Feb. 29… now Kabul has suspended the process under the pretext that France and Australia oppose release of some prisoners…. Prisoners should be freed in accordance with the agreement…. This is a game by the US, NATO and Kabul to sabotage the peace process. They will lose more than us. They should not create more problems.”

The handing over of the negotiating team from Stanekzai to Haqqani is seen by some as a signal by Akhunzada to move things along. Whether this move will be able to trigger movement in the deadlocked positions of both sides is yet to be seen.