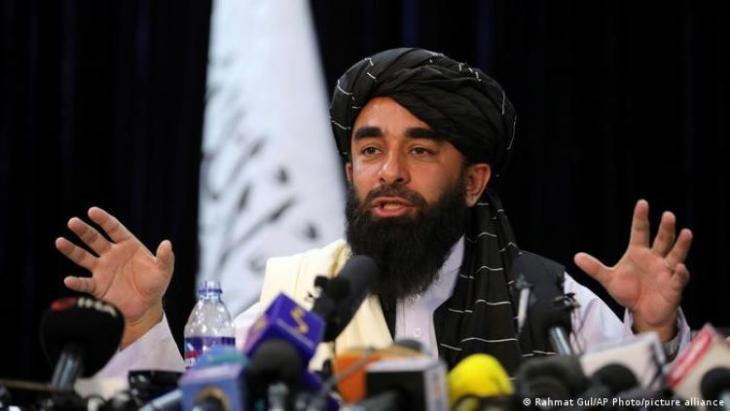 In an interview to Pakistan Television, he noted Pakistan had demanded of the international community to establish better ties with Afghanistan.

Pakistan is our neighbouring country and Afghanistan is thankful for Pakistan’s stance regarding Afghanistan, he said.

The minister said Afghanistan wants good relations with other countries and desires to expand trade and economic ties.

“We hope that our neighbouring countries will continue to extend support to Afghanistan internationally,” he said, noting that many countries had also raised their voices “in our favour” at international forums and in conversations with US representatives.

Qatar, Uzbekistan and other countries also adopted a positive stance towards Afghanistan, he said, adding that six days back China and Russia talked in Afghanistan’s favour at the United Nations General Assembly.

Speaking of Panjshir, Mujahid claimed war had ended in the region and “we do not desire war with anybody”.

The time has come for the Afghan nation to work for progress and prosperity of Afghanistan, he said.

After achieving peace in Afghanistan our priority was to expand trade with other countries, he added.

The Taliban spokesman warned of action if any group attacks Afghanistan or fights with the government.

Mujahid said Afghanistan would be further connected by road to Peshawar and different cities of Pakistan.

To a question, he said the desecration of Pakistani flag at the Afghan border was an unfortunate incident.

The acting deputy minister assured the media that action would be taken against anybody who would damage relations between Pakistan and Afghanistan.

To a question, he said if an invitation was extended to the Afghan leadership for a visit to Pakistan, it would be considered.

The Afghan government would continue to provide diplomatic and political support to oppressed Muslims in different parts of the world, he said.