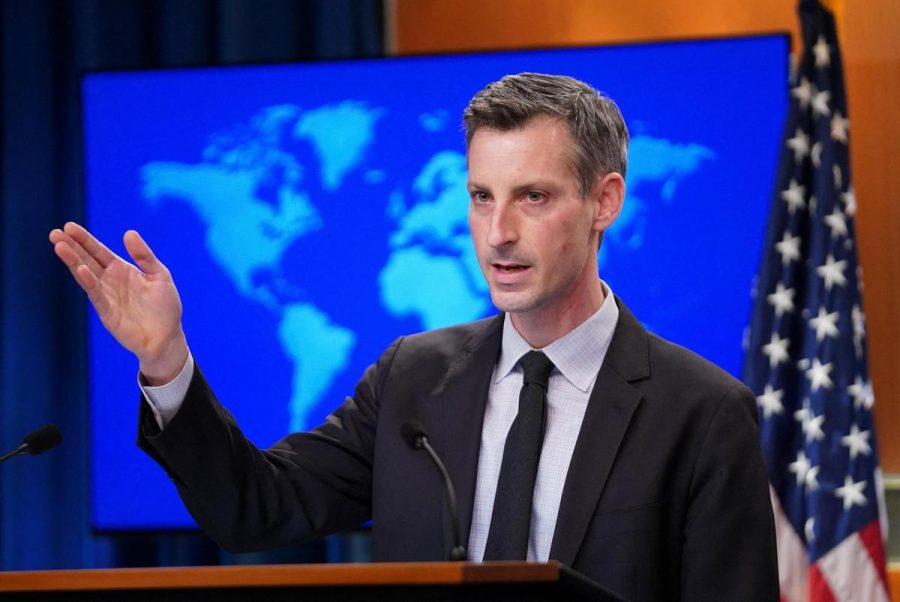 WASHINGTON: The United States has been always an explicit proponent of regional stability in South Asia, said Ned Price, adding however, that the dialogue between the two regional players, Pakistan and India, was their bilateral matter.

US State Department spokesperson Ned Price was speaking at told a press briefing in Washington that, “We have long called for regional stability in South Asia. But the pace, the scope, the character of any dialogue between India and Pakistan is a matter for those two countries”.

Price stressed the need for regional stability while acknowledging the importance of Pakistan and India for the purpose. He added that the UAE leadership could play an important role in bringing India and Pakistan to the table.

The US spokesperson statement came a week after Pakistan PM asked his Indian counterpart to hold serious talks to resolve burning issues as Kashmir.

While a day later the PM Office clarified that talks with India can only take place after India reverses its illegal action of August 05, 2019.

The state department spokesperson Price said the US had long called for regional stability in the region. “That’s certainly what we want to see. We want to see it advanced.”

He reiterated again that relationships of the US with Pakistan and India “stand on their own” and were not “zero-sum”.

To another question, Price said the US was open to and would work with any elected government in Pakistan.

“Pakistan is a partner of ours; we share a number of interests. We have demonstrated our desire to see constructive relations with Pakistan over the course of successive governments.”

He added,“It would ultimately be a question of the type of policy that any future government of Pakistan might pursue”.

In this article:India Pak Dialogue, South Asia, US on South Asia stability