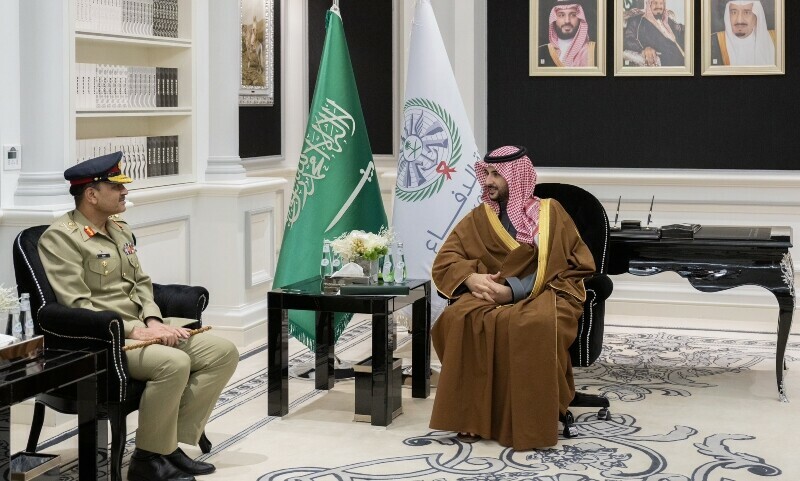 At the outset of the meeting, the Saudi defence minister congratulated Gen Munir on his appointment as the army chief.

The army chief arrived in the Kingdom in the early hours of Thursday where he was received by Prince Khalid, stated the Saudi Press Agency (SPA).

The SPA said that the two leaders emphasized the strength and durability of bilateral relations between the two fraternal countries.

Prince Salman said in a tweet today that he was pleased to meet Pakistan’s army chief.

“We emphasized the strategic partnership between our brotherly countries, reviewed the bilateral military and defence relations, and discussed ways of strengthening our cooperation,” he added.

The Inter-Services Public Relations (ISPR) said Gen Munir would be visiting Saudi Arabia and UAE from Jan 4 to10.

“The COAS will be meeting the senior leadership of both brotherly countries. The two Matters of mutual interest, military-to-military cooperation and bilateral defence relations focusing on security-related subjects. This was stated by the military’s media wing.

It is pertinent to mention that this is Gen Munir’s first official visit abroad after his appointment.