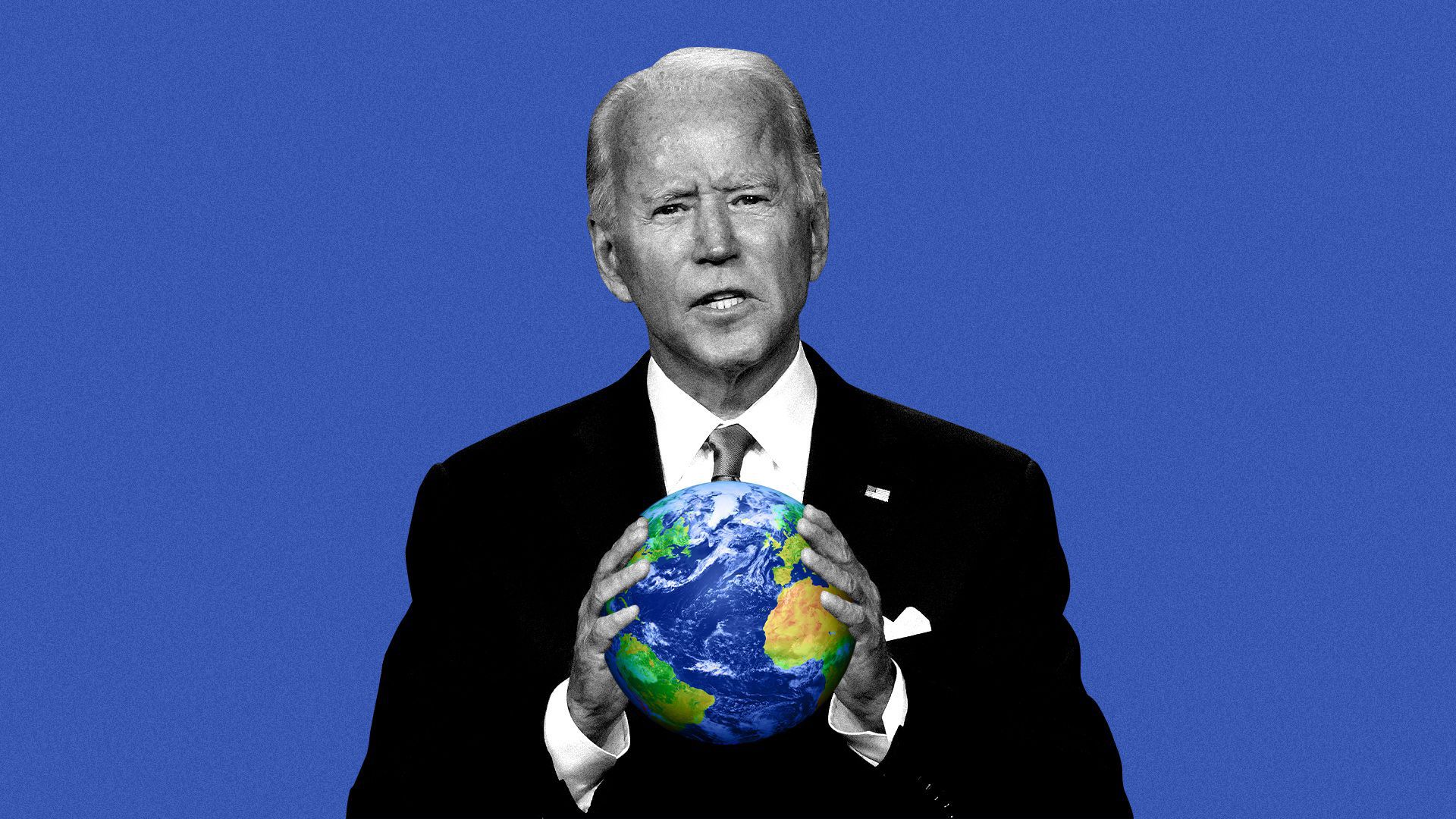 Though the transition following the United States’ contentious tortuously-fought presidential election is yet to make any meaningful headway, the victory for the Democratic challenger Joseph Biden over Republican incumbent Donald Trump has implications for every region of the world.

This looks like an interesting window of time to take a look at four influential rivalries – Pakistan vs. India, Turkey vs. Russia, Qatar vs. the United Arab Emirates, and Saudi Arabia vs. Iran – through the prism of change. As the transition progresses and the new president is inaugurated, the dynamics of these binaries will continue to shift, in turn affecting several regional conflicts in which these powers are stakeholders.

While certain strategic foreign policy maxims are unlikely to change – support for Israel, for instance – the frame- work and process by which the United States approaches other countries could change, more so in some areas than others. A case in point is India: The United States should maintain its preference for the Indian state, but not neces- sarily for the fascist Bharatiya Janata Party regime.

Trump’s personalized approach relied heavily on his personal relations with world leaders. Under Biden Wash- ington is likely to revert to institutional channels that at least officially prefer the “Washington Consensus” of a liberal international order – meaning for instance that even if the United States continues to support India, the far-right regime could receive at least some diplomatic censure.

Below we examine the trajectory of American policy and its impact on regional politics with special reference to the four binaries identified above.

India’s potential as a bulwark against China meant that even at the height of the Cold War, when most even mildly non-aligned states were caricatured as communist sympa- thizers in Washington, the United States maintained a broad cordiality with even an often pro-Soviet India. After the Cold War this progressed into full-fledged bonhomie, especially in the war on terrorism where India was quick to paint the often Muslim insurgents challenging its hegemo- ny as terrorists, and Pakistan’s support for such militants as “state terrorism”.

Along with Kashmir, mostly ignored in Washington, Afghanistan is a major theatre of the Indo-Pak rivalry. They backed opposite sides in the 1990s war, and the American invasion in 2001 – hastily if reluctantly backed by Pakistan in fear of isolation – ousted the Pakistan-backed Taliban. The heartburn it caused across Afghanistan gave rise to rampant Indian influence in American-occupied Afghanistan, some of which translated into support for militancy in western Pakistan.

Pakistan in turn sheltered and tacitly supported the Taliban insurgency in Afghanistan, whose success in pushing the United States, during Trump’s reign, to the negotiations table provided Pakistan with a boost and left New Delhi scrambling for options.

On the other hand, Trump also more or less approved Narendra Modi’s annexation of Kashmir in 2019, which no amount of Pakistani outrage managed to reverse. Meanwhile, a Modi challenged by China signed an agreement with Trump that left India’s military deeply indebted to Washington.

Biden is likely to only marginally change these policies. Pakistan has some room for guarded optimism: when he served as deputy to Barack Obama, he was among the more pro-Pakistan officials in an otherwise deeply suspicious Washington, preferring to co-opt rather than challenge Islamabad in order to wean it away from China into the American camp. Earlier, Biden was among the few American officials to speak out on Kashmir. Biden’s preference for a “light footprint” in Afghanistan is in the short term not too different from a recent proposal by Imran Khan for a measured American withdrawal.

Nonetheless, Pakistan should not expect too much; the American institutions that Biden is likely to involve are heavily biased towards India. A Biden regime could scold Modi, without changing its stance toward New Delhi in any meaningful way. Moreover, Biden’s dovishness toward Islamabad is based on a desire to edge out China rather than any positive shared interests. Finally, Biden’s “light footprint” approach in Afghanistan could give both India and Pakistan more months to weigh their options, but is unlikely to significantly change their overall preferences.

Among the more interesting relationships of the 2010s was the re-emergence of the historic rivalry between an increasingly NATO-independent Turkey and Russia. This was a limited strategic rivalry in several regional conflicts – in Syria, in the South Caucasus, and as far off as Libya. Even as they dueled, however, Recep Erdogan and Vladi- mir Putin made sure to maintain their personal channels of communication and not escalate matters beyond a point of no return. This understanding partly hinged around shared suspicion of the United States, whose relative withdrawal from the Levant under Trump’s both these powers welcomed and should be keen to maintain.

Recently Turkey has been disappointed in its investment with the West, the European Union continuing to snub it while the United States, in the mid-2010s, tacitly approved a coup attempt against Erdogan by Fethullah Gulen and also backed Kurdish militants in northeast Syria related to the communist Karkeran organization in Turkey. In response, Erdogan moved to minimize reliance on the West, and in the process opened a channel with Putin that survived several major differences.

The recently concluded war over Nagorno-Karabakh illustrates the strength of this Russo-Turkish channel. In a near-diametrical shift from its traditional role, Russia abstained from militarily supporting Armenia against a Turkish-backed Azerbaijani campaign, instead of approaching the conflict as a peacemaker. Armenia has powerful lobbies in the United States and Europe as well as relying heavily on Russia; the withdrawal of Russian support means that Yerevan is likely to plead for American support.

Next is Syria, where Turkey strongly backed the Islamist-leaning insurgency, which came close to victory before Russia, along with Iran, decisively rescued the Baathist Assad regime. The United States’ support for the Qasd Kurdish militants, rather than the Turkish-backed insurgents, was a destabilizing factor for Turkey. Erdogan invaded northeast Syria and ousted Qasd on Trump’s watch.

While Trump was indifferent to the fate of America’s vassals in the region, Biden has strongly criticized both Russia and Turkey and is likely to wade again into the region.

Qatar vs. the United Arab Emirates

The third theatre of the Russo-Turkish competition is Libya, which additionally involves another budding rivalry – between Qatar and the United Arab Emirates. Qatar took a largely supportive view of the Arab Spring popular uprisings in the 2010s – not least in Libya, where the tiny Gulf emirate was a major force behind Muammar Qaddafi’s ouster and was only belatedly joined by the Emirates, who aimed more to undercut Qatari influence.

Qatar also backed the short-lived but elected Ikhwan regime in Egypt, which was ousted by a strongly Emirati-bankrolled coup in 2013. Where Qatar has tended to back Islamist groups such as the Ikhwan, the Emirates have positioned themselves as an anti-Islamist bulwark of stability – employing largely Western or Russian mercenaries and cozying up to Western-backed governments such as Israel.

In Libya, Qatar and Turkey-backed a “revolutionary” camp that overplayed its hand by seeking a complete purge of the Ancien Régime in the mid-2010s. The resultant instability gave ambitious warlord Khalifa Haftar an opportunity to attempt a takeover, strongly backed by the Emirates, Egypt, France, and Russia. The result was two rival governments in Tripoli and Tobruk backed respectively by Qatar and the Emirates.

Both the Gulf states have strong lobbies in the United States, but Trump undoubtedly preferred the latter, whose crown prince Mohamed bin Zayed played to the anti-Islamic sentiment of the War on Terrorism and was sufficiently emboldened by Trump’s response to attempt isolating Qatar and splitting the Gulf Cooperation Council.

It is unlikely that Biden will replicate Trump’s blunt favoritism; Doha can expect a sympathetic hearing for its pro-revolutionary rhetoric. Yet the Emirates’ willingness to go any length, whether in anti-Muslim repression or in diplomacy – such as championing reconciliation with Israel, which even Biden hailed – is likely to give it the edge; dovishness toward Tel Aviv goes a long way in Washington.

Another area that the Emirates exploited in the Gulf dispute was Saudi unease over the Arab Spring, both supporting the 2013 Egyptian countercoup. More than Abu Dhabi, Riyadh is concerned about Iran whose influence holds sway over Lebanon, Syria, and Yemen. This has increased Saudi reliance on regional American garrisons on the one hand and pushed Riyadh to arm itself heavily on the other.

Both policies were pursued by crown prince Mohammad bin Salman, a protégé of his Emirati counterpart bin Zayed. He brutally cemented his supremacy within the royal family, attacked Houthi-captured Yemen, and embarked on a full-throated embrace of Trump encouraged by the more tactful bin Zayed.

Post-revolutionary Iran, meanwhile, has done surprisingly well out of its rivalry with the United States. Sanctions have often been bypassed by Russia, China, and the European Union. Moreover, Iran benefited from, and maneuvered to capitalize on, the Ameri- can invasions of Afghanistan and Iraq, emerging as an alternative powerbroker to Washington – especially in Baghdad where its praetorian commander Ghassem Soleimany assumed a viceregal position.

Iran intervened directly in Syria and indirectly capitalized on Riyadh’s clumsiness in Yemen to expand influence with the Houthis. Its 2015 Vienna Accord with Obama thus provoked consternation in Riyadh. When Trump scrapped the agreement and assassinated Soleimany, Iran’s response, in turn, assumed an unusual air of panic – from crackdowns at home to the accidental destruction of its own airliner in 2020.

Tehran will thus breathe a sigh of relief at the return of Obama’s former deputy. But unlike the Emiratis, who have used Riyadh as a cushion, a Biden regime leaves bin Salman exposed. His rash crackdown provoked revulsion among Islamists, liberals, other Saud family members, and the United States alike, with Biden personally lambasting him.

Nor does Saudi Arabia have much control over the Emirates, as evidenced in Yemen where Emirati-backed Intiqali separatists have challenged the Saudi-backed exile government of Abdrabbuh Hadi. A mixture of Emirati puppeteering and Iranian encirclement left Saudi Arabia paradoxically turning to Washington, where a Biden win bodes poorly for a crown prince who had put all his eggs tactlessly into Trump’s basket.

While there’s many a slip ‘twixt the cup and the lip the Biden presidency promises to usher in a change in the channels and processes of foreign policy. We have traced four regional rivalries that this can be expected to affect. In our analysis, neither Turkey nor Russia, despite their rivalry, can be expected to benefit; nor is there any such prospect for Saudi Arabia, exposed in its rivalry with a buoyant Iran.

The Emirates and India might expect some short-term inconve- nience, but should expect no meaningful negative change overall. Qatar and Pakistan will have to manoeuvre to make the most of what minor changes appear.