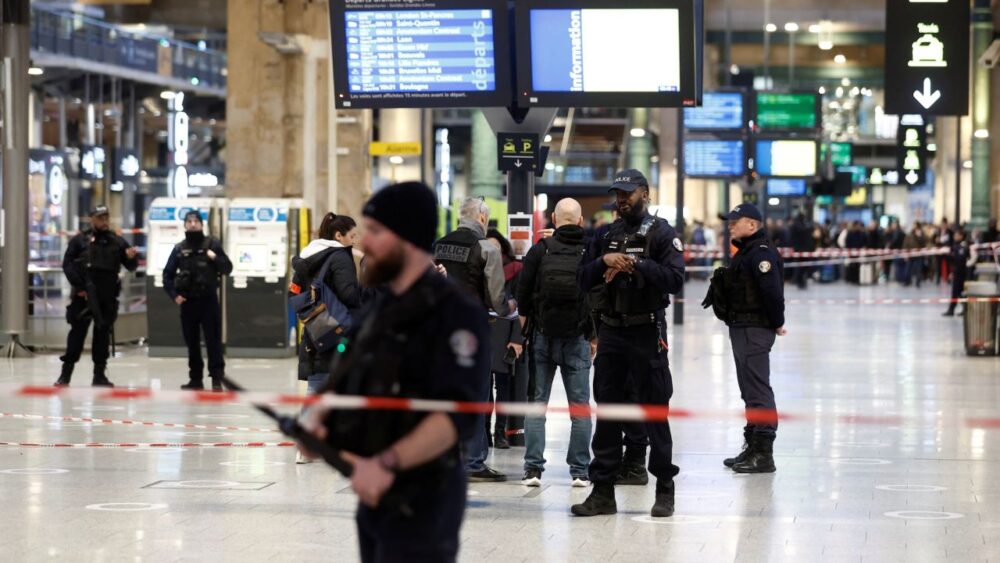 Paris: At least six people were injured, with one wounded seriously, in a suspected knife attack at Paris’ Gare Du Nord central railway station in early rush hours on Wednesday.

A spokeswoman for Paris police shared with media that an individual began attacking people with a knife at 6:45 a.m. local time.

The suspect was shot by police and arrested after the attack at Gare du Nord at around 6.45am on Wednesday.

French Interior Minister Gerald Darmanin arrived at Gare du Nord soon after the attack and said several people were wounded and the suspect was “rapidly neutralized”.

Earlier, he wrote on Twitter that the alleged attacker had injured several people before being “quickly neutralized.

The incident has caused major delays to trains at the station in the early morning rush, according to the live departure board of operator SNCF.

Some rail departures have resumed since the stabbing, which saw the station evacuated and a security perimeter established, the French train firm SNCF said on its website.

It comes after another attack at Gare du Nord last February, when French police shot and killed a man who stabbed two officers, giving them minor injuries. It was not thought to be terror-related. The attacker’s motive was not immediately clear.