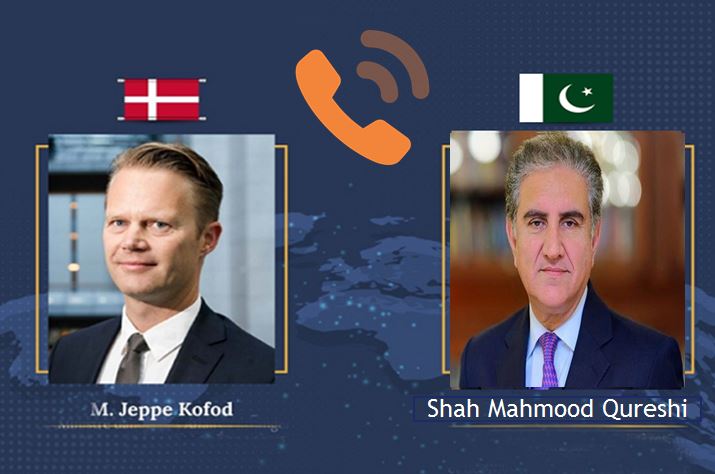 ISLAMABAD: Pakistani and Danish foreign ministers have discussed prevailing scenario in Afghanistan and mutual cooperation between the two countries to promote peace process and regional stability.

Foreign Minister Kofod reiterated gratitude for Pakistan’s role in facilitating evacuation of their nationals and personnel, noting that their evacuation endeavours were continuing. Foreign Minister Qureshi said that Pakistan would extend all possible help in this regard. He added that, overall, Pakistan had facilitated the transit of more than 12,000 people from 30 countries and international organizations.

This was the third telephone conversation between the two Foreign Ministers in recent weeks. Besides, the Danish Prime Minister spoke with Prime Minister Imran Khan and State Secretary Steen Hommel met with Foreign Secretary Sohail Mahmood. Pakistan and Denmark enjoy excellent bilateral relations, including growing collaboration in the areas of renewable energy and green transition.