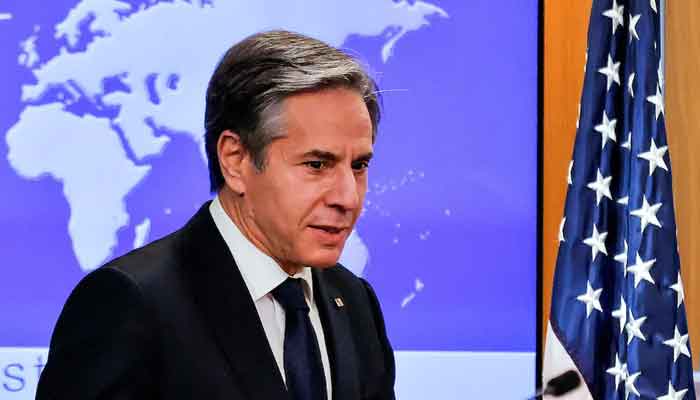 WASHINGTON: US Secretary of State Antony Blinken said on Thursday that Pakistan has a vital role in influencing the Taliban and the United States hopes that Islamabad plays that crucial role.

Secretary Blinken’s said this while speaking to international television channels at a time when Pakistan’s National Security Adviser Moeed Yusuf and the Director General of Inter-Services Intelligence, Lt. Gen. Faiz Hameed are in Washington to hold talks with the US officials on important issues.

The Pakistani team that reached Washington three days ago was explaining Pakistan’s position in meetings with senior US officials, lawmakers, and media representatives.

In an interview to ABC News, Secretary Blinken said that the entire world was hearing “deeply, deeply troubling” reports of atrocities in Afghanistan amid US withdrawal. And such reports “certainly do not speak well of the Taliban’s intentions for the country as a whole.”

In an interview to Al Jazeera, the US Secretary of State warned that an Afghanistan that “does not respect the basic gains of the last 20 years, that Afghanistan will be a pariah in the international community.”

The interviews, released by the secretary’s office in Washington, reflect the growing US concern that the Taliban were determined to take Kabul by force, rejecting international efforts for bringing a government that includes all Afghan factions.

Although committed to withdrawing all US and Nato troops from Afghanistan by Sept 15, the Biden administration is using its diplomatic influence to prevent a Taliban takeover and that’s where it sees a role for Pakistan.

While Pakistan also wants to prevent a military takeover in Kabul, Prime Minister Imran Khan told a US television show — PBS News Hour — this week that the US decision to set a timetable for withdrawing troops also has limited Islamabad’s options.

The prime minister indicated that the Taliban see the withdrawal as their victory and are less receptive to reconciliation efforts than they would have been had the timetable not been announced.