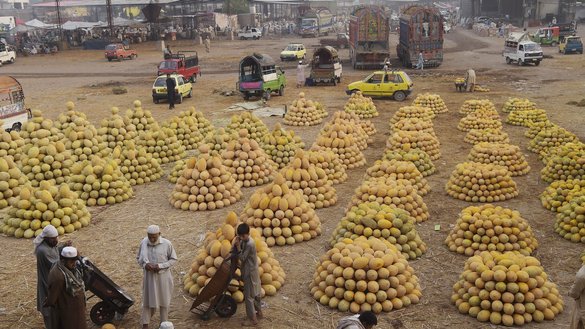 ISLAMABAD: The Federal Board of Revenue (FBR) has abolished the sales tax on fresh fruit to be imported from Afghanistan. Import of apples, nonetheless, will continue to be taxed.

The FBR has issued a circular announcing the Tax Laws (Third Amendment) Ordinance 2021. The circular says the amendment was made on the recommendation of the Sarhad Chamber of Commerce and Industry.

Businesspersons involved in the Pakistan-Afghanistan trade said that the Pakistan government had always levied custom duties and income tax on the fresh fruit imports from Afghanistan, but it had never collected the sales tax on these items. However, a clerical mistake in a recent amendment to the ordinance resulted in Afghan fresh fruit being slapped with the sales tax.

When traders reported the error to the government, it issued a corrected ordinance, but apple (PCT 0808, 1000) would continue to be taxed.

Pakistan imposes sales tax on Iranian apple which is imported from the Pakistan-Iran border crossing at Taftan. Since apple imports from Afghanistan did not face the sales tax, the Iranian apple shipments were routed through Afghanistan.

The blanket tax orders caused a problem and this was the mistake that the government has corrected, according to traders.

All Pakistan Fruit and Vegetable Exporters Importers and Merchants Association welcomed the government move as a “good decision” that was to benefit traders.

In this article:Afghanistan, fresh fruits, Pakistan, sales tax abolished on import, ST on apples to continue