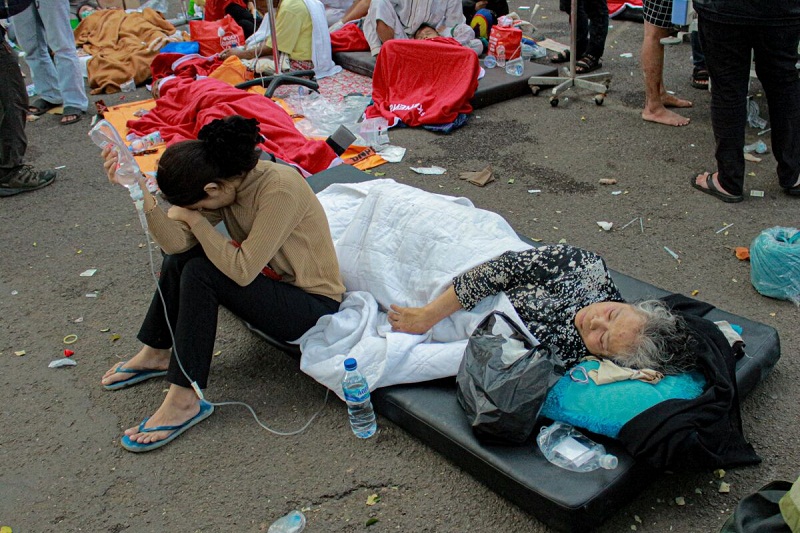 JAKARTA: More than 50 people were killed and scores of the people suffered injuries in a 5.6-magnitude devastating earthquake West Java province of Indonesia on Monday.

Death toll may rise further as rescue workers are trying to reach survivors trapped under the rubble. Aftershocks are also being reported in Java which are hampering rescue work

Ridwan Kamil, Governor of West Java, Indonesia confirmed 56 casualties from the quake. The epicentre of the earthquake is the town of Cianjur _ 75 km southeast of the capital, Jakarta.

“So many buildings crumbled and shattered,” Ridwan told reporters.

“Many residents are trapped in under the debris in isolated places and we believe that the number of injured and deaths will rise with time.”

Indonesia straddles the so-called “Pacific Ring of Fire”, a highly seismically active zone, where different plates on the Earth’s crust meet and create a large number of earthquakes and volcanoes.

Hundreds of the victims of earthquake are being treated in a hospital parking lot. Many buildings in Cianjur reduced to rubble as worried residents huddled outside.

In this article:aftershocks, earthquake, Java-Indonesia, over 50 killed, rescue work going on