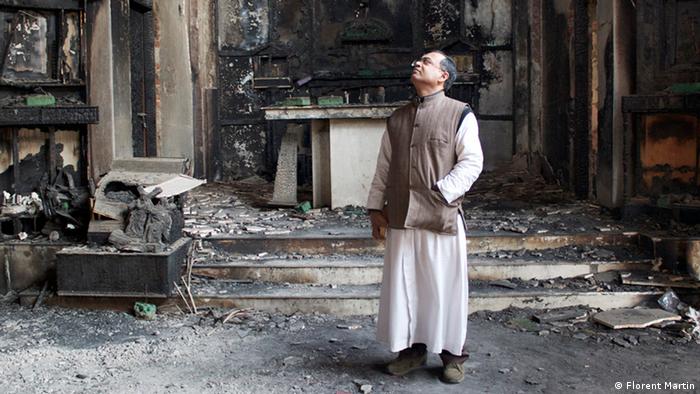 New Delhi/Roorkee, India – Human Rights groups have reported about 305 incidents of attacks on Christians in India in just nine months of 2021.

Experts claim that the RSS aims to create an ethnic Hindu state out of India. As the head of Sangh Parivar, the umbrella group of Hindu nationalist organisations including the BJP, Bhagwat’s Dussehra speech is considered an agenda-setter for the year.

In his annual speech on October 14 to mark the Hindu festival of Dussehra (also known as Durga Puja), Bhagwat said: “Rising population and demographic imbalance need to be addressed and population policy is to be redesigned. And that policy should be applicable to all irrespective of caste and creed. Illegal immigration in bordering districts and conversions in [the] northeast have changed the demographics further.”

Meanwhile, Bhagwat’s speech was supplemented with violent attacks on Christians and churches in different parts of India, with mobs making open calls to “behead” them and stop alleged conversions of Hindus, Al-Jazeera reported today.

Three days after the speech, Rameshwar Sharma, a BJP legislator in Madhya Pradesh, called for a “Chadar Mukt, Father Mukt Bharat” (an India free of veil-wearing Muslims and Christian priests) while addressing a crowd.

On the same day in New Delhi, a warehouse turned into a church was allegedly vandalised and Sunday mass was disrupted by the same group, whose members were seen shouting “shoot the traitors” in a video.

On October 3, a mob of nearly 250 Hindu vigilantes armed with iron rods ransacked a church in Roorkee in the northern state of Uttarakhand, which is governed by the BJP. Witnesses told Al Jazeera only about a dozen people were in the church when the attack occurred.

Pearl Lance, the daughter of the church’s pastor, was allegedly molested by men, abused and attacked by women, and her phone snatched. Rajat Kumar, a staff member at the church, was hit with iron rods multiple times on his head, resulting in serious injuries.

“They dragged me by my neck to the ground floor while raining blows on my face and back. I became unconscious after I was hit with a rod on my head,” Kumar told Al Jazeera, his right eye badly bruised and swollen.

Human rights organisations in India and other countries in the world have expressed their shock over alarming increase in incidents of attacks of Christians in India. They have demanded of the United Nations to impose sanctions on India for spreading religious hatred in the country.

In this article:300 attacks on Christians in India in 2021, church attacks, India, minority rights violation, violation of human rights