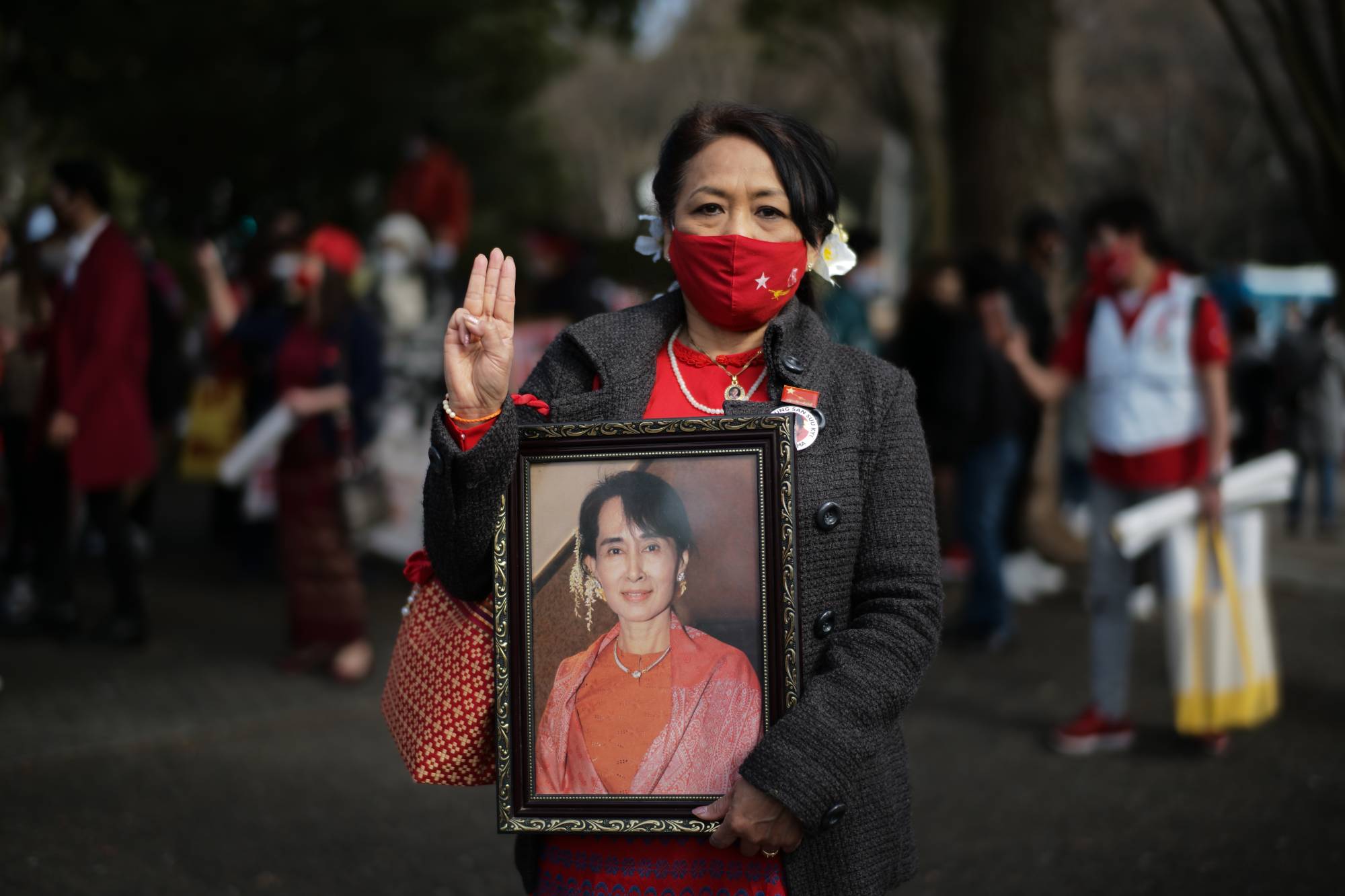 Well, it’s a relief to see that someone is patriotic, even though that someone is in Myanmar, not Pakistan. The overthrow of the Aung San Suu Kyii government would have raised some hopes, but it also showed that the Myanmarese Army could do with some polish. For example, no one thought of declaring her a security risk.

Of course, Myanmar is disadvantaged, in not having a clearly defined enemy. Such an enemy is a great advantage, because it then becomes clear who one is working for, if one is a security risk. After all, there must be someone to whom one can reveal national secrets to. I mean, try to imagine being a security risk in somewhere like Ghana. Who would one reveal secrets to? Togo, Guinea or the Ivory Coast? If Ghana was to carry out a nuclear test, its neighbors would probably be the last to find out.

Another thing they forgot is corruption. Not a single kyat has been mentioned, even though that is one of the easiest things to say. As of this moment, no lieutenant-general has been put in charge of a NAB-like body. Nor has any famous sportsman been got ready. True, Myanmar hasn’t got any achievement in the sport it’s most into, which is soccer. There’s also local kickboxing, but that does not ordinarily lead to having daughters out of wedlock. Aung San Suu Kyii can claim a foreign spouse, but she has the disadvantage that she stayed married to him till his death in 1999. He wouldn’t have been known as Mr Ten Percent, but Dr Ten Percent, because he was an academic, a historian. She has not married since, not even any of the Buddhist monks who have been willing. However, the reason for the coup was rigging in last November’s election, the rigging was intense, carried out by the Burmese voter, who voted for Aung’s National League for Democracy in droves, turning up their noses at parties the Myanmarese Army supported, equally in droves. If nothing else, it showed how unpatriotic and shiftless are the people of Myanmar, for failing to vote for the people who had guided the country in its time of difficulty.

At the same time, some namby-pamby liberals might imagine that the soldiers didn’t care about the covid-19 pandemic. But they do. Suu Kyii has been charged with violating the covid-19 laws, though it isn’t clear if she didn’t socially distance, or whether she didn’t wear a mask. The election-related charges will be coming later.

The problem is, there isn’t a replacement in sight. Myanmar might be a former British colony, but it wasn’t one for cricket to take root, and the national sport is a form of kickboxing. None of those kickboxers have become world-famous, or ever won a World Cup. In fact, I’m not sure if there is a World Cup in kickboxing. No kickboxer has ever built a cancer hospital either, and none is known to eat only organic food. In short, the cupboard is care, and the Army chief has got to take over himself.

Of course, some of the most important information has been kept quiet. What was the coup named? Operation ‘Fairplay’? Or ‘Golden Pagoda’? Or what? In this time of covid-19, a name is more important than otherwise.

I wonder if the PDM has given a name to their Long March, which they will begin on March 25. Well, why not Pakistan Day? Kashmir Solidarity Day turned into an extended weekend for many this year, as it fell on a Friday, leaving all those with a five-day week with a three-day weekend.

The actor Christopher Plummer, who gained prominence as Captain von Trapp in The Sound of Music has passed because of covid-19, aged 95.

Well, Pakistan lost the actress Neelo, who had been the wife of film director Riaz Shahid and mother of actor Shan. One of the noticeable things about Neelo was that she didn’t become the mother, as so many actresses did after they stopped casting her as a heroine. Frankly, some heroines are better remembered as mothers. Usually of Sultan Rahi, then increasingly of Shan, but now of nobody (because films are not being made).

Though it isn’t clear how we lost Neelo, covid-19 has to be suspected. Even if she didn’t have it, MQM supremo Altaf Hussain does and has gone into self-isolation. How have the mighty fallen! Time was, this would have been the signal for strange scenes and ebullient events in Karachi and Hyderabad. But now, it seems, no one seems to care.