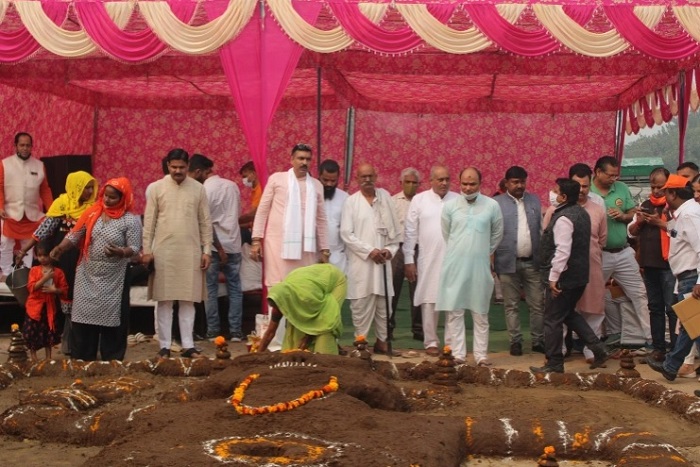 In fact, the right-wing Hindu groups had placed tents to perform a religious function at the same ground in the city’s Sector 12A area. Several politicians and Hindu priests, including Kapil Mishra, belonging to Prime Minister Narendra Modi’s Bharatiya Janata Party (BJP) attended the ceremony.

Mishra, 40, is accused of instigating religious violence in New Delhi last year – the worst the city had seen in decades – in which 53 people, most of them Muslims, were killed.

Friday’s event came days after officials in the northern Indian state of Haryana revoked permission to offer Friday congregational prayers at eight of the 37 public grounds in Gurugram.

The police move followed a weeks-long campaign by Hindu groups and local residents who had been disrupting the Friday prayers at those sites by playing religious songs on loudspeakers and raising hate slogans.

An umbrella group of Hindu groups, called the Sanyukt Hindu Sangharsh Samiti (Joint Hindu Struggle Committee), even issued an “ultimatum” to the authorities, saying they would stop Muslim prayers themselves if the Gurugram administration fails to do so.

“We are giving a polite warning. We won’t submit more memorandums. It will then be the responsibility of the administration to maintain peace, not ours,” the Indian Express newspaper quoted Mahavir Bhardwaj, Haryana state president of the group, as saying last week.