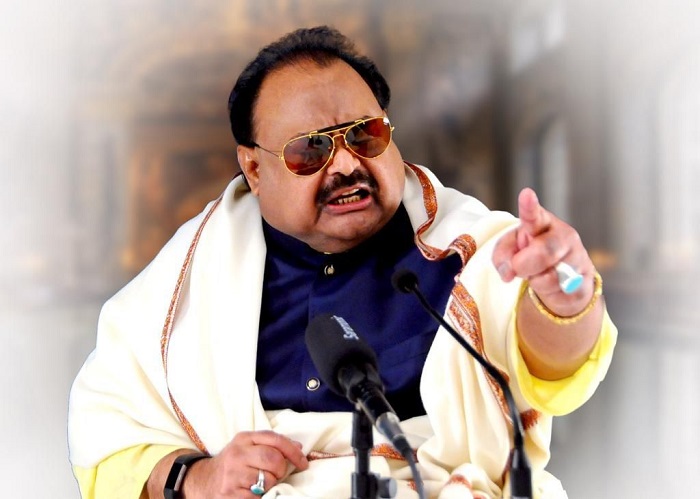 LONDON: A UK court was informed by the investigators that MQM’s chief Altaf Hussain ordered closure of Geo and ARY TV channels in Karachi, Pakistan.

Senior chief constable of Scotland Yard Underwood told the Kingston Crown Court that police investigators have got recordings of the Muttahida Qaumi Movement (MQM) founder’s speeches from both the Edgware International Secretariat and Altaf Hussain’s Mill House during a raid.

Underwood further informed the court that the police have taken into custody speeches in the form of cassettes and notes of Altaf Hussain during the raid which were translated from Urdu to English.

Underwood said she looked at cassette tape recordings, notes, and phone records seized in this case and said Altaf Hussain ordered his followers to “tell GEO and ARY that whoever wishes to go home, that they should go, otherwise 100,000 people will attack you.

Altaf said, “Do call everyone and play the speech I have just made. The idiots are not aware of anything. Call Geo and the other one and tell them ‘it would be better if you went home’.” He further told his followers to “turn off the transmissions of GEO.”

The prosecution said MQM supremo made two speeches on 22nd August 2016 which caused violence in Karachi. In one audio speech, Altaf Hussain asked his followers to take control of the Rangers Headquarters in Karachi and get DG Rangers Bilal Akbar out of office.

Investigators further informed the court that the MQM chief wanted thousands of his followers to come out and gather outside the Karachi Press Club (KPC). The jury heard that the MQM leader wanted the crowd to march on to Rangers Headquarters and from there to the offices of Geo, ARY and Samaa.