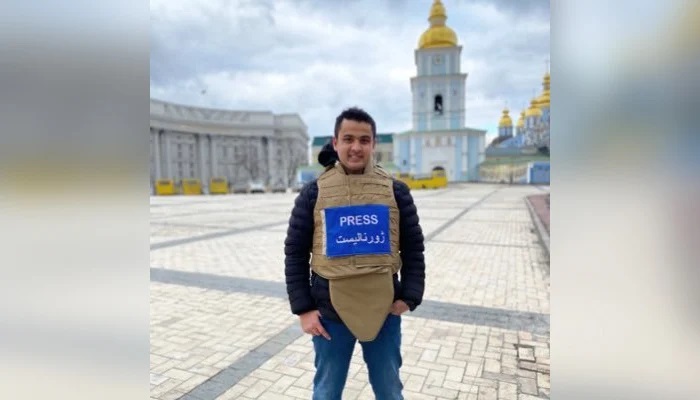 Anas Mallick, a Pakistani journalist who went missing in Kabul, Afghanistan’s war-torn capital, confirmed Friday that he has returned.

It was immediately after Pakistan Ambassador to Afghanistan Mansoor Ahmad Khan confirmed that WION journalist Anas was safe and sound. Additionally, Anas tweeted, “I am back.”

As a result of Mallick’s sudden disappearance, a number of journalists, activists, and government officials expressed their worry and appealed for his safe return.

The Pakistani journalist Anas Mallick has spoken to Mansoor Ahmad briefly via phone.” He’s in Kabul, where he’ll be safe and sound.

It was announced on Twitter by the ambassador that the Embassy will keep in touch with him.

For the first anniversary of Taliban rule, he travelled to Afghanistan. On August 3rd, the journalist arrived in Kabul, Afghanistan.

On Thursday, Mallick went missing after reporting on the “safehouse” where al-Qaeda head Ayman al-Zawahiri was killed in a drone attack.

A Pakistani journalist, Anas Mallick, was reported missing from Kabul yesterday, and the Foreign Office issued a statement on Twitter saying, “We are gravely worried about him.”

Government officials and the Pakistan Embassy in Kabul are working together to bring him back to Pakistan as soon as possible, the statement said.